2015 was our first year in state Parliament! Together with the community, here's what we achieved. 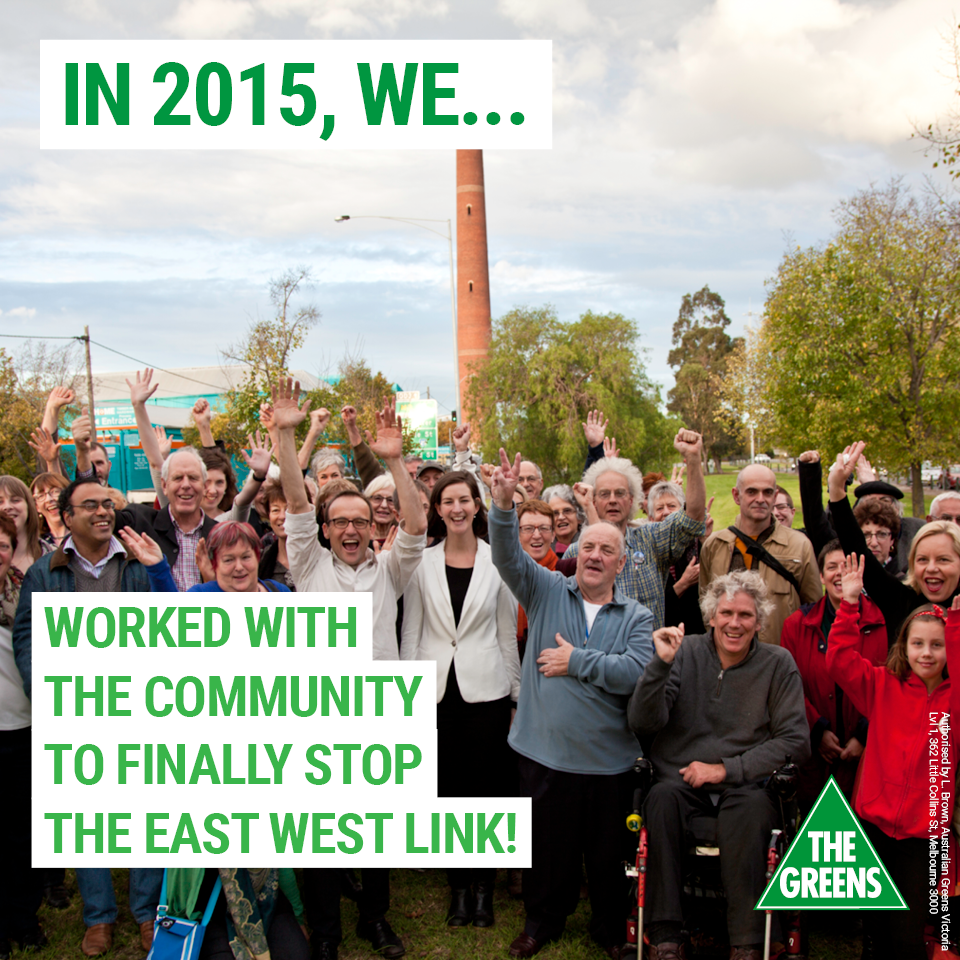 In 2015 we finally saw the back of the terrible East West toll road. Massive congrats to everyone who campaigned in the lead up to the election -- you made this happen! 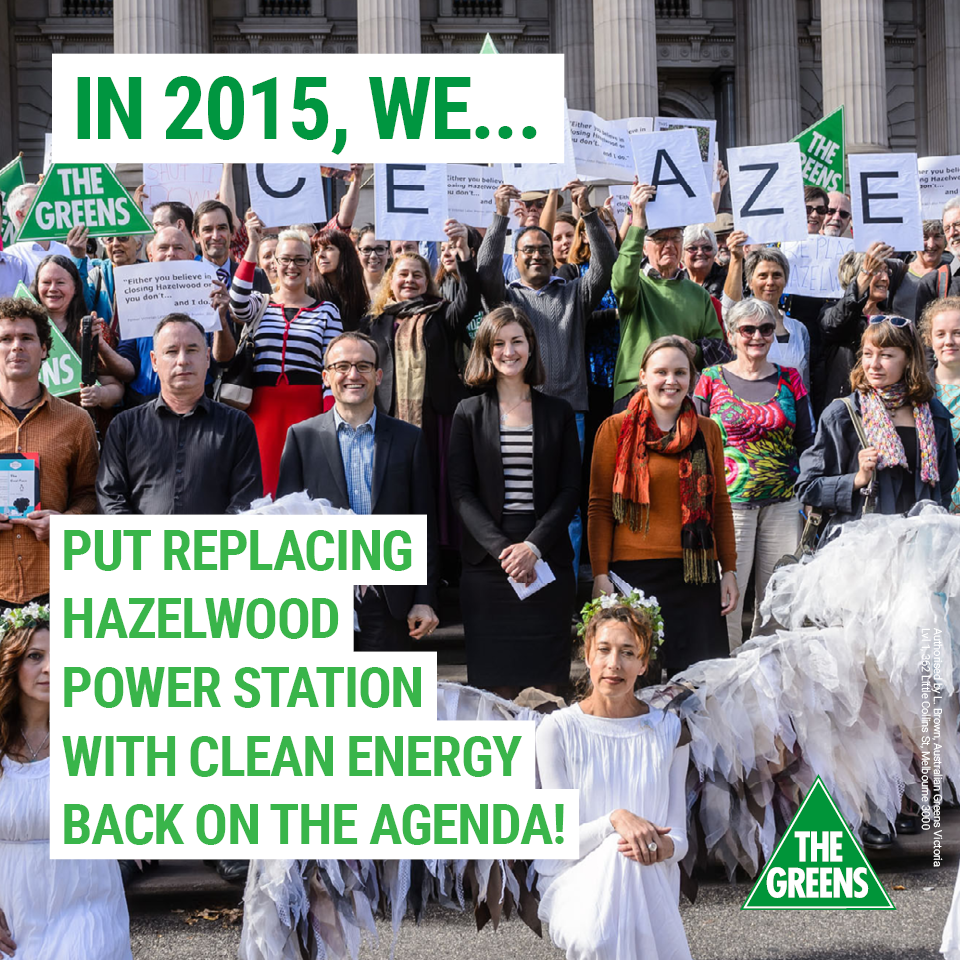 And when Labor renewed some coal licenses, we (and environment groups) kicked up enough of a stink that they decided to cancel a coal export project and review Victorian public funding of coal projects. Win! 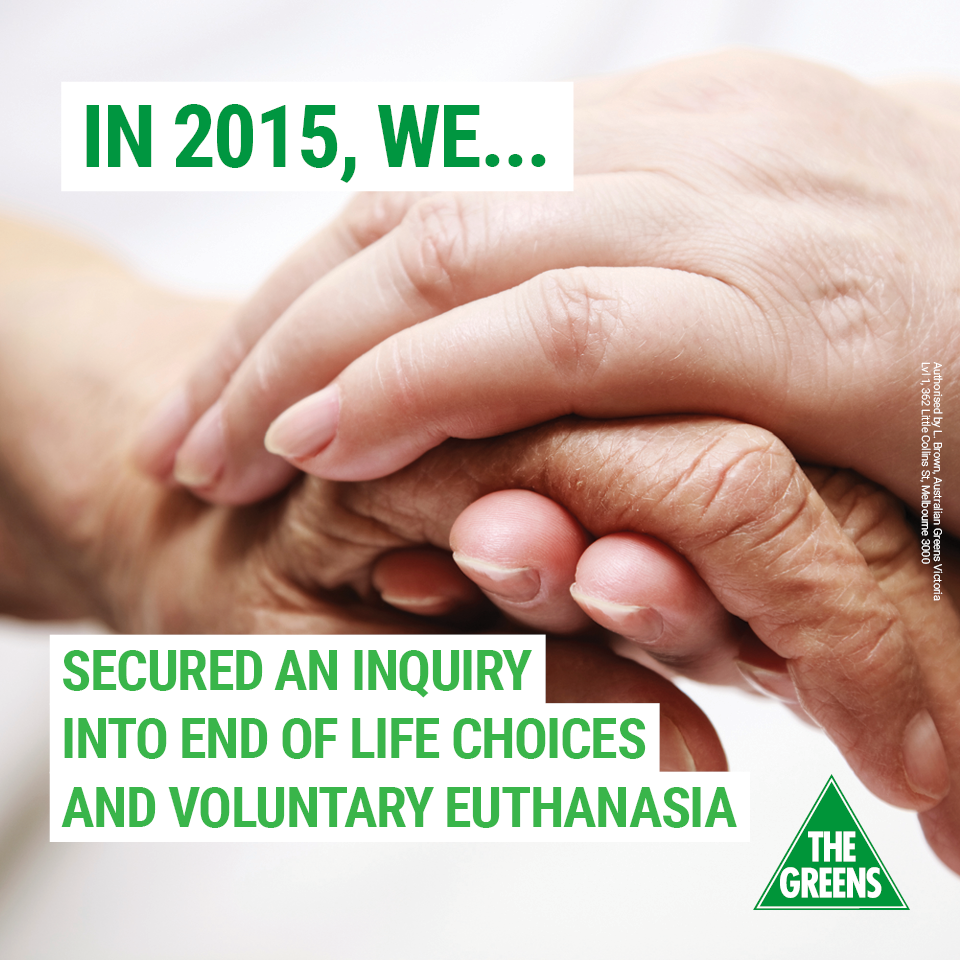 The Greens have worked on this for 8 years, and now the Government has finally agreed to a Parliamentary inquiry which will hopefully lead to law changes to give people dignity in death. We also successfully lobbied the Government to ban smoking in outdoor dining areas - yay for clean air! 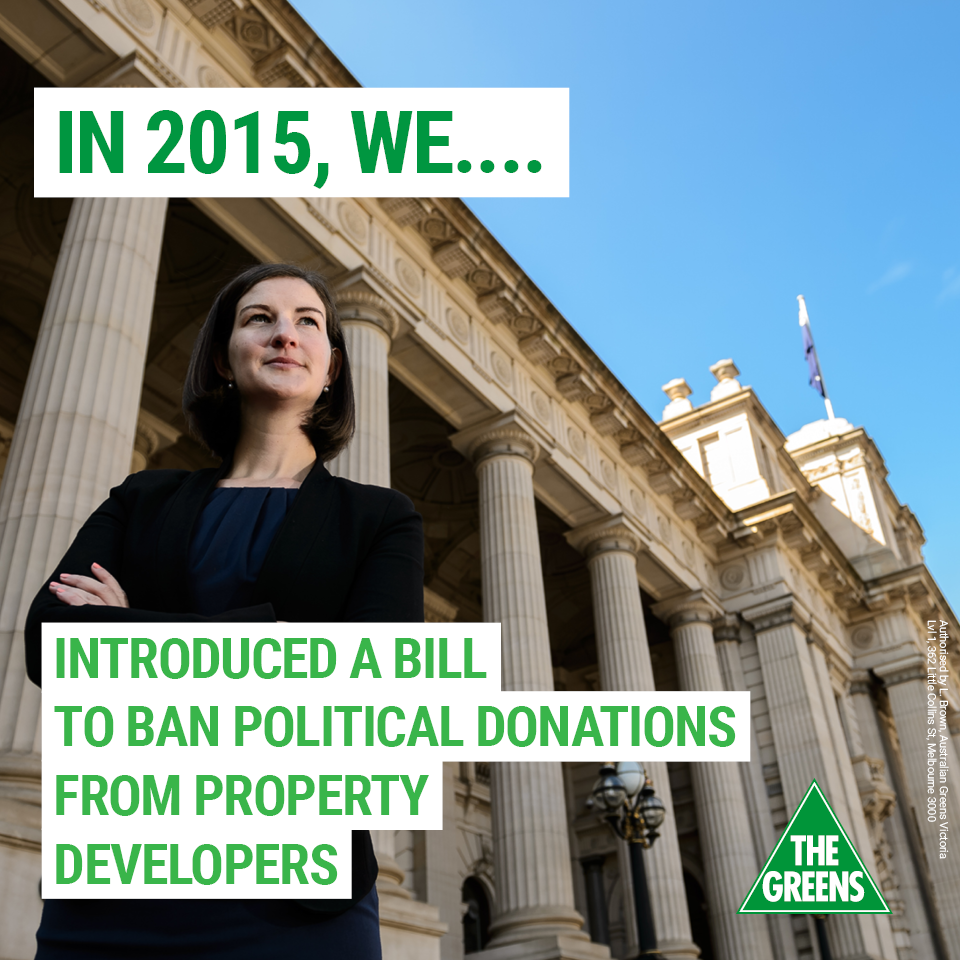 Unfortunately it was voted down by both Labor and Liberal, but we'll continue the fight in 2016. 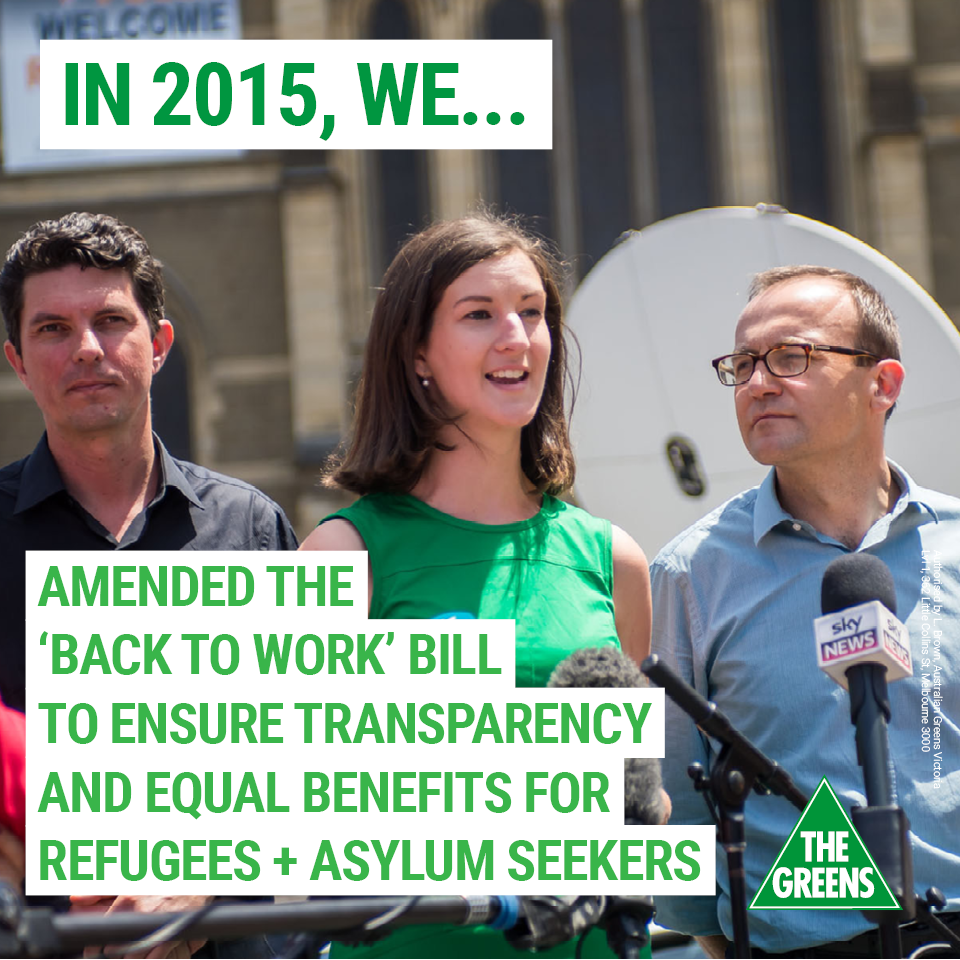 Yep - we did that! Also, Parliament passed a Greens amendment to allow same-sex couples to have a ceremony at the registry office when they register their relationship. Love = beautiful. 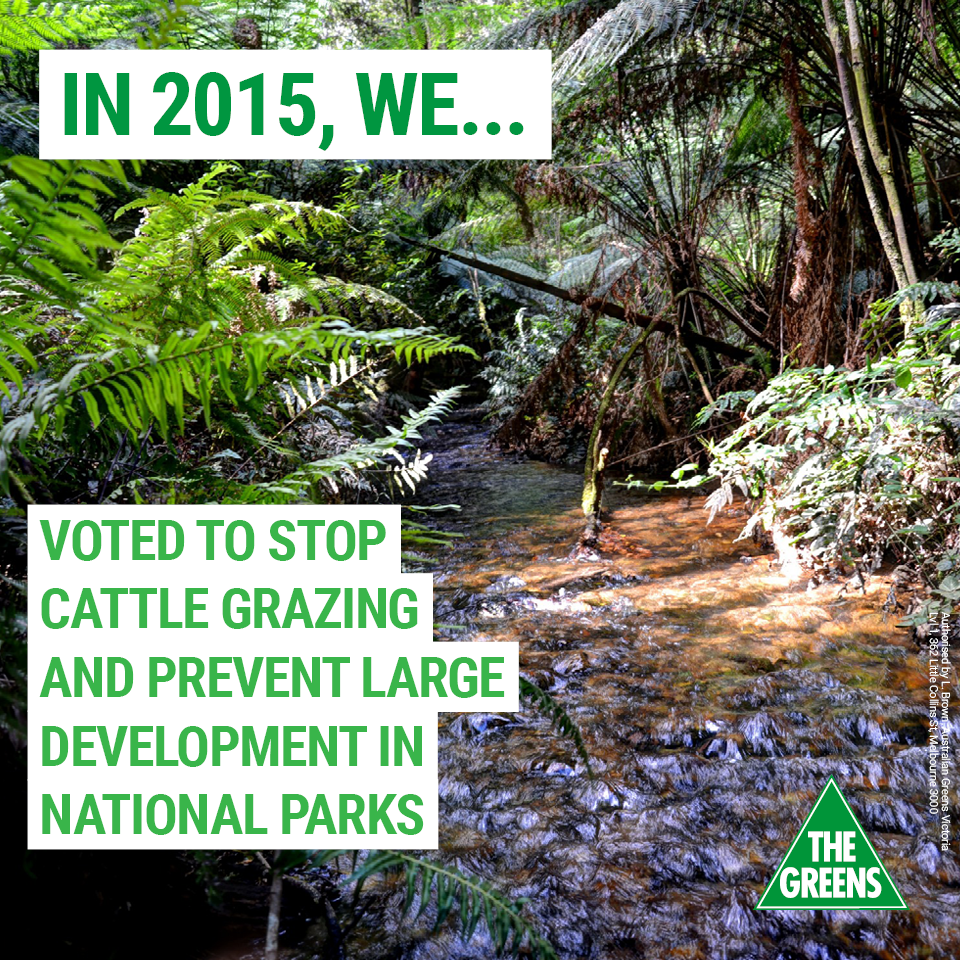 Without the Greens, the law banning cattle from national parks would not have passed. 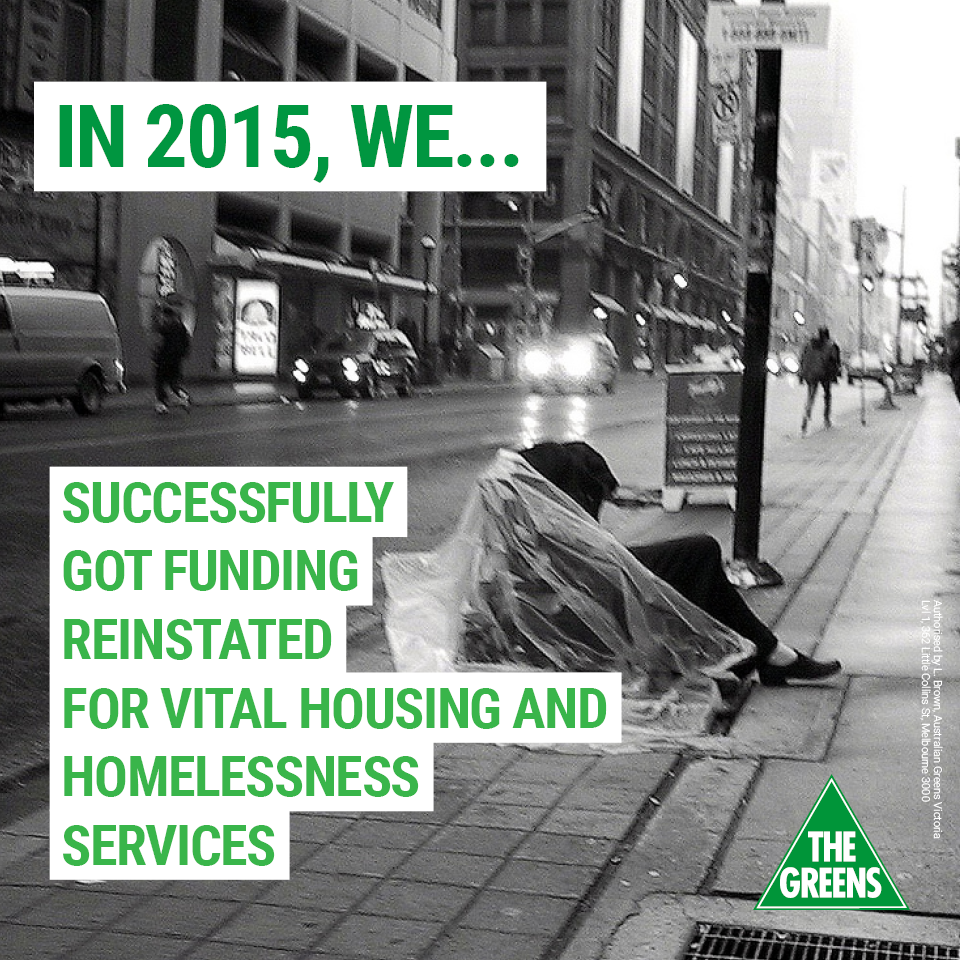 We got funding re-instated for some important homelessness projects, and also started a campaign demanding Labor invest more in public housing. You'll see more of this in 2016. 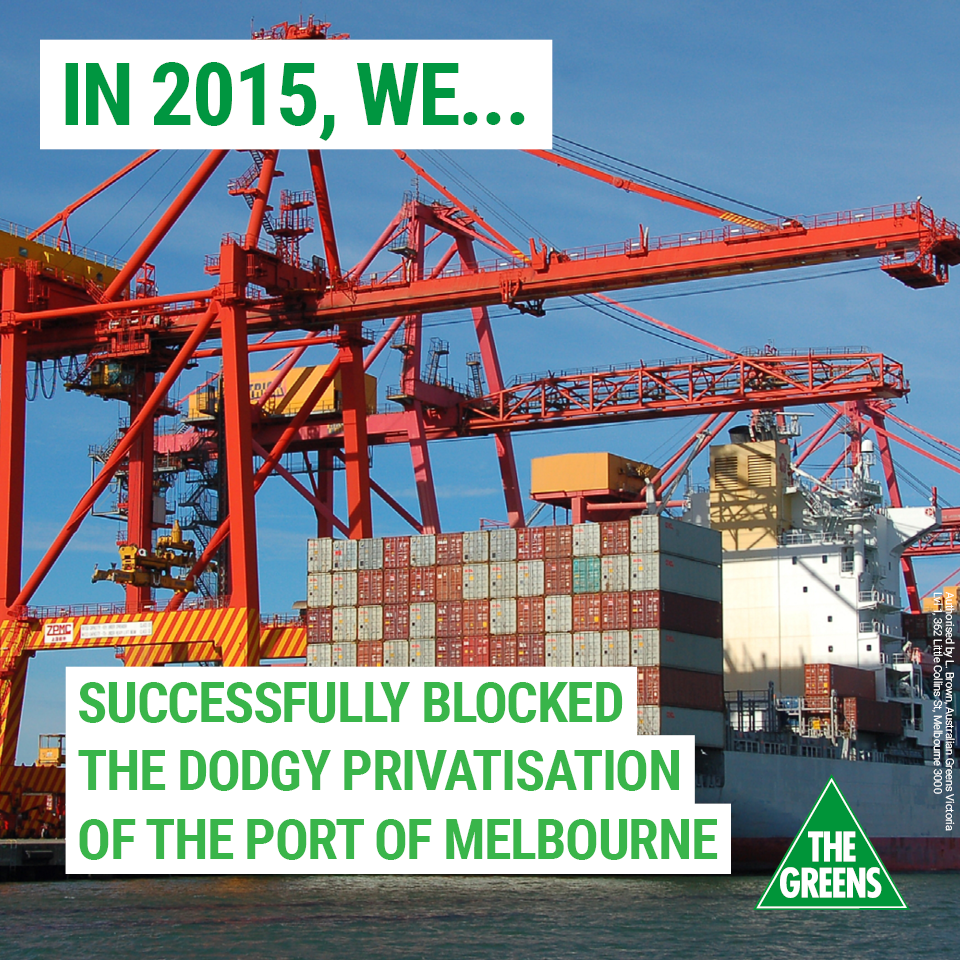 And if you thought that was all, think again! We also:

We reckon that's all worth celebrating.

It's been a huge year, and we couldn't have done it without our supporters. Thank YOU for your hard work.