2016 gave us Donald Trump, Pauline Hanson, Brexit, and the death of David Bowie. It was a pretty brutal year, and many of us are feeling a bit down.

But it wasn't all bad news. Here in Melbourne, we had some great policy wins. Here's what we achieved together in 2016. 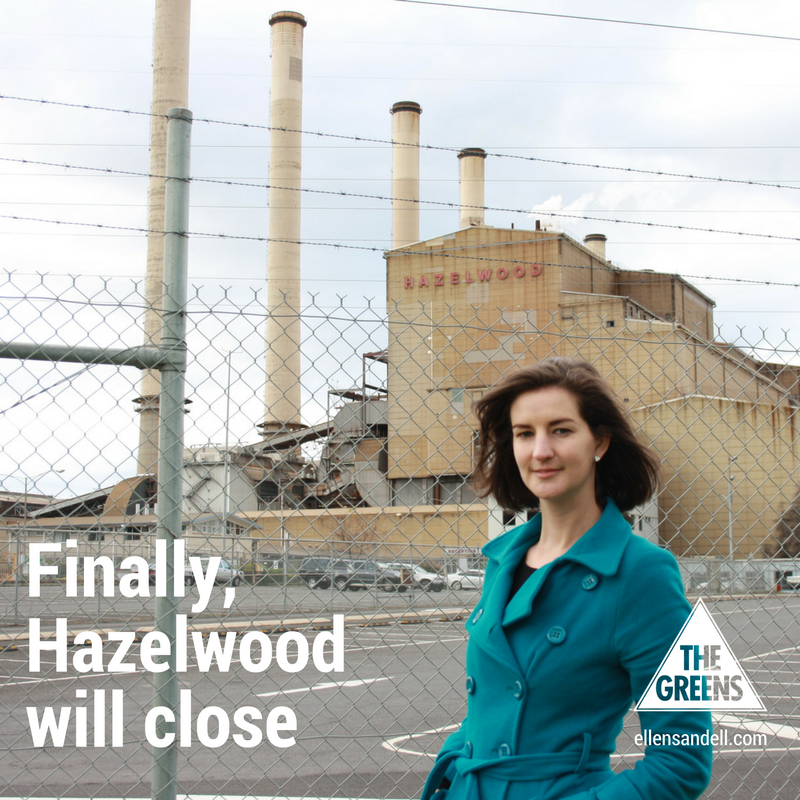 Retiring Hazelwood was our #1 goal for 2016, and it feels good to know Australia’s dirtiest coal power plant will no longer operate from March next year.

I’ve personally campaigned on this issue for over 10 years, and the Greens have worked especially hard over the last two years for this outcome. With your help, we targeted both the State Government and the owners of Hazelwood: Engie and Mitsui, and it worked.

Now we need to keep fighting for a fair and just transition for communities in the Latrobe Valley to make sure they’re supported through Hazelwood’s retirement.

Unfortunately, neither the Victorian Labor Government or the Federal Coalition Government have a plan for the fair phase-out of all polluting coal plants. Check out our new campaign to move Beyond Coal. 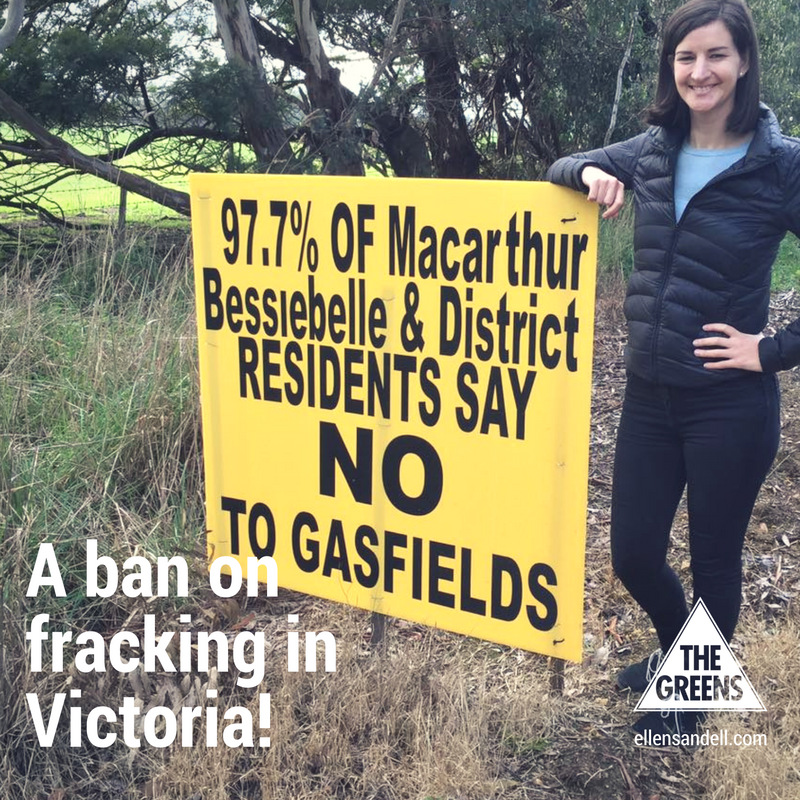 Getting a ban on fracking was one of my top-five goals when I was elected in 2014, and it’s so wonderful to see it come to fruition! It’s been an absolute pleasure to work alongside regional and city communities on this campaign. Special kudos must go to the Gasfield-Free Movement, Friends of the Earth and, Lock the Gate for running one of the best grassroots campaigns this state has ever seen.

Legislation is expected to come before Parliament in February for a permanent ban on fracking and a four-year moratorium on all onshore gas. Yay! 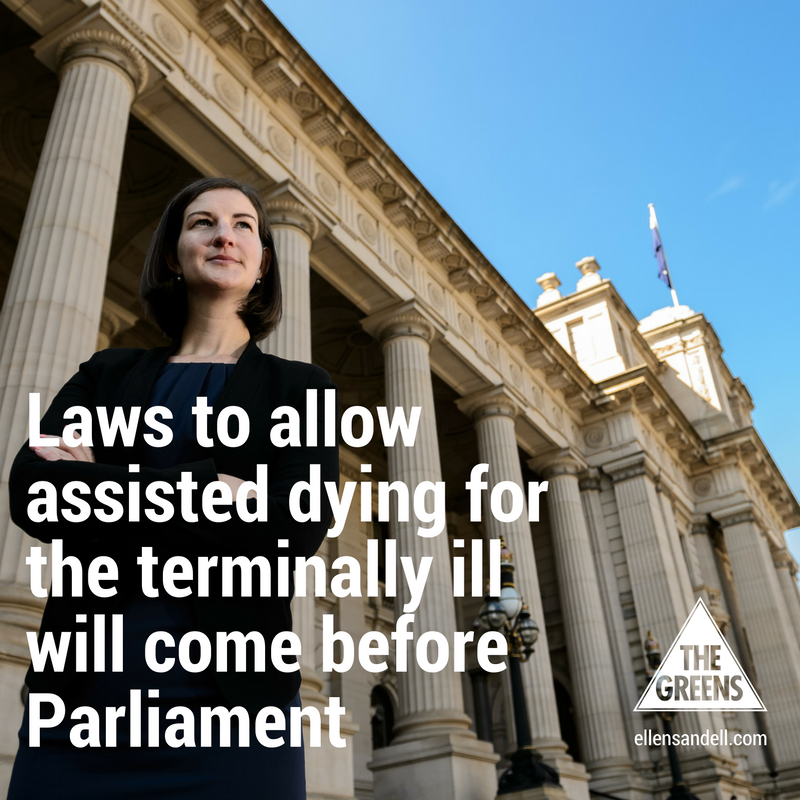 Greens MP Colleen Hartland first introduced laws to allow people to die with dignity back in 2008, when all but one Labor MP voted against them. After a 10-year campaign of sustained pressure, including a Parliamentary Inquiry which the Greens pushed for and were heavily involved in, the Government has announced they’ll give MPs a conscience vote in 2017.

It’s now our job to make sure all MPs hear your stories about why assisted dying laws are so important. Have your say here. 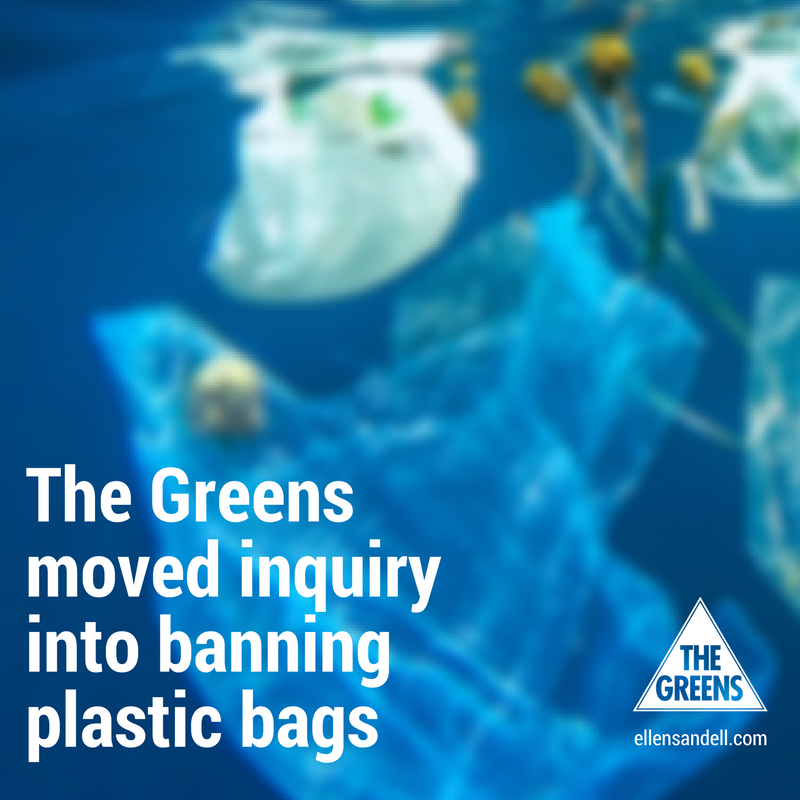 The inquiry will report next year and will hopefully lead to Victoria joining other states in banning plastic bags and introducing a container deposit scheme for packaging like drink cans and bottles.

But unfortunately, when it comes to the environment, it’s not all good news... 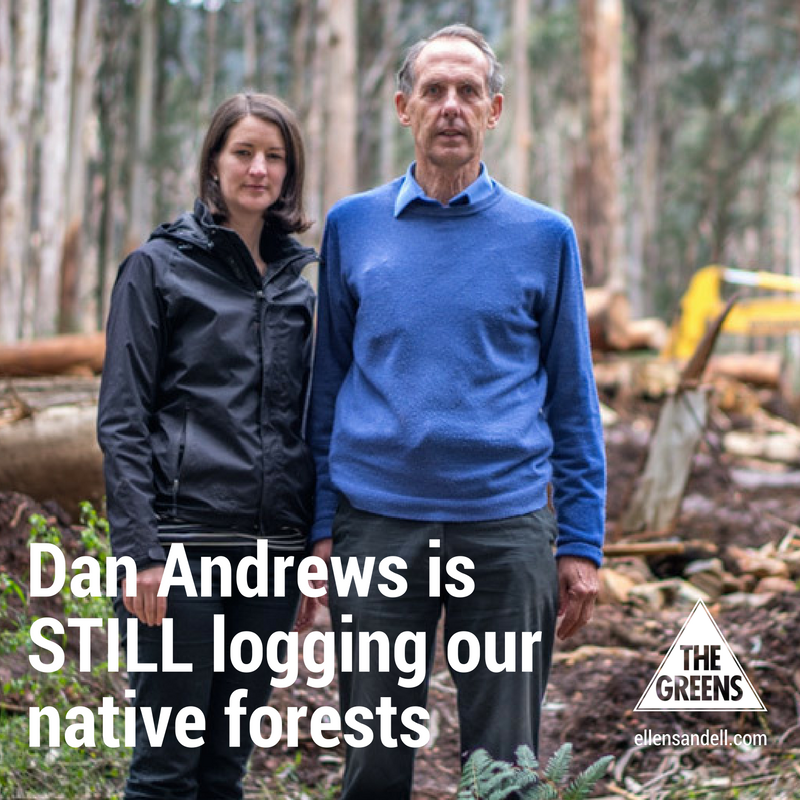 This is obviously terrible. We must stop logging and create the Great Forest National Park if we have any hope of saving the endangered Leadbeater’s possum, and many other species, from extinction. We’ll make this a key focus of our campaigning in 2017, so watch this space.

When it comes to multiculturalism in our great city, we achieved some great outcomes this year. 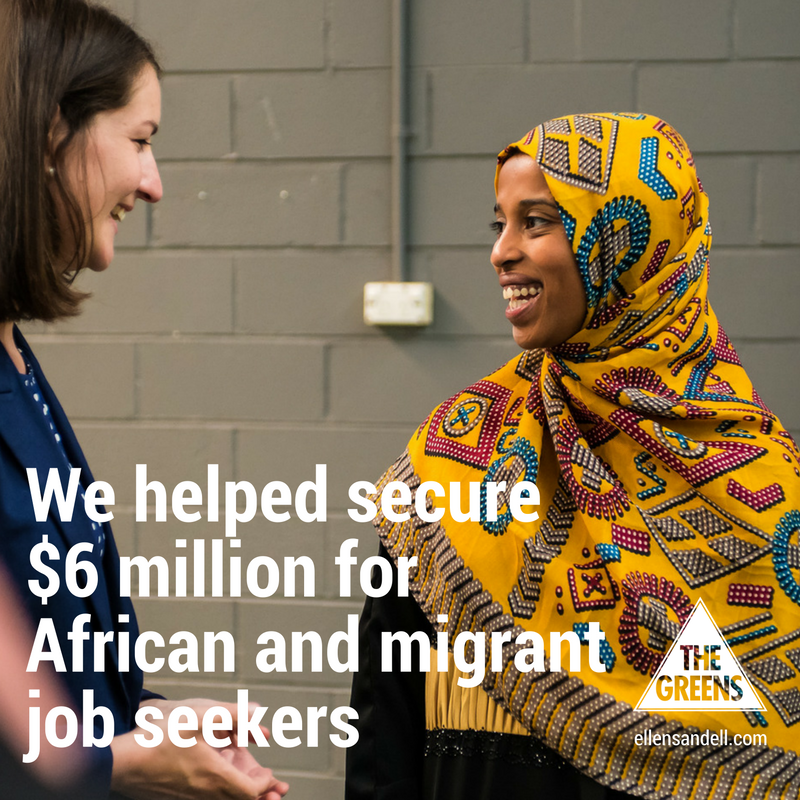 The African, refugee and migrant communities in inner-Melbourne’s public housing have been largely ignored by successive Governments over the past decide. But due to our wins in the State and Federal seats of Melbourne, Labor has come under huge pressure not to take these communities for granted any more. This year we’ve successfully advocated for $6 million of funding to support young people from African, Afghan and Lebanese communities and other minority backgrounds to attain work. 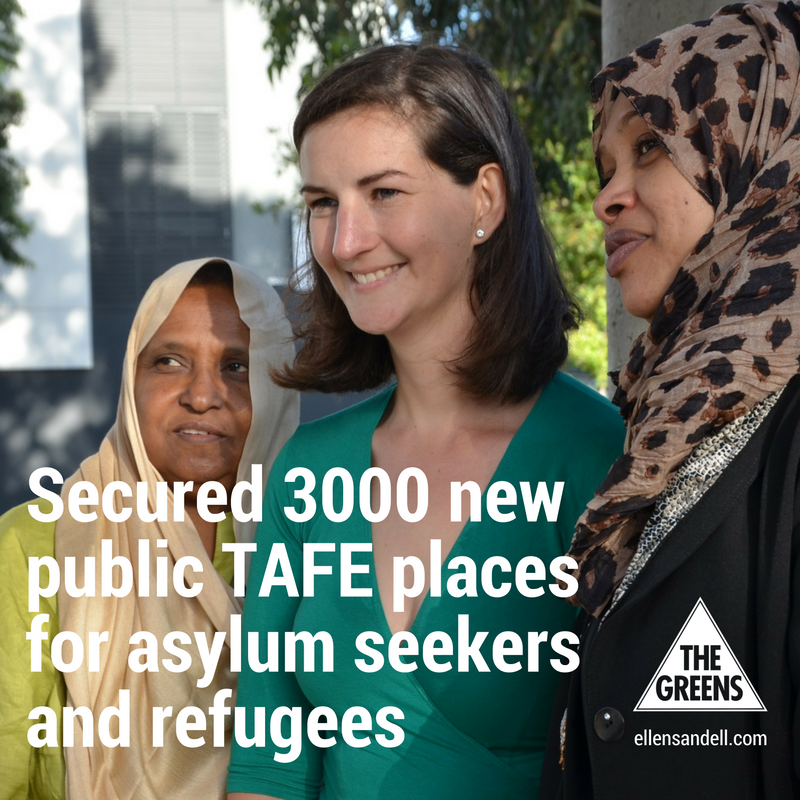 Yep - we pushed for these new TAFE places, and it worked!

And speaking of education: 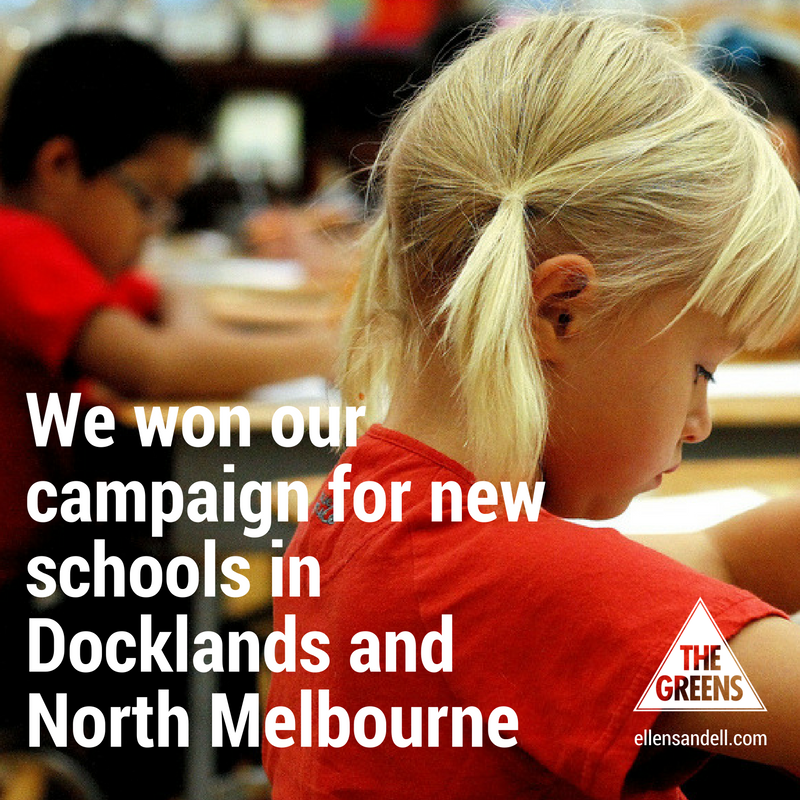 Since 2014 we’ve worked closely with parents on a campaign to build new schools in the inner city, where schools didn't exist or were severely overcrowded.

The State Government initially resisted - and said kids could be bussed outside the city or that new schools were not feasible. But due to our sustained pressure, the State Government has now relented, and announced two new primary schools in Docklands and North Melbourne!

This is great news - but we’ll need to keep the pressure on to ensure Docklands also gets a high school to meet the rising demand from students in the city. 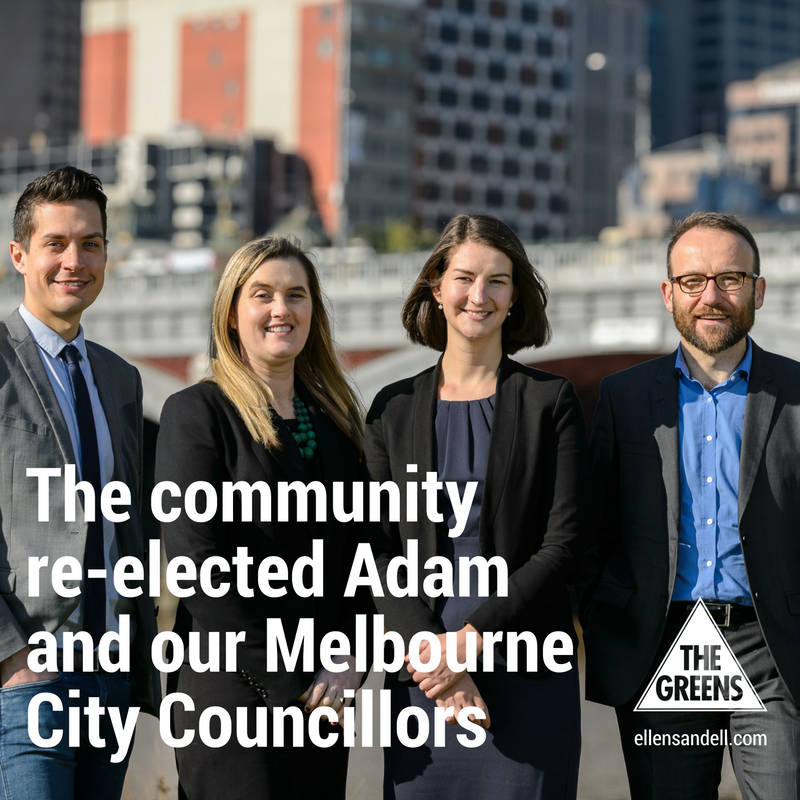 Yep - you helped do that! These guys are going to do great things for our local communities and our planet. Not to mention the fantastic achievements of our re-elected and newly elected Greens Councillors all over the state, including in Yarra where we now have a Greens Mayor! 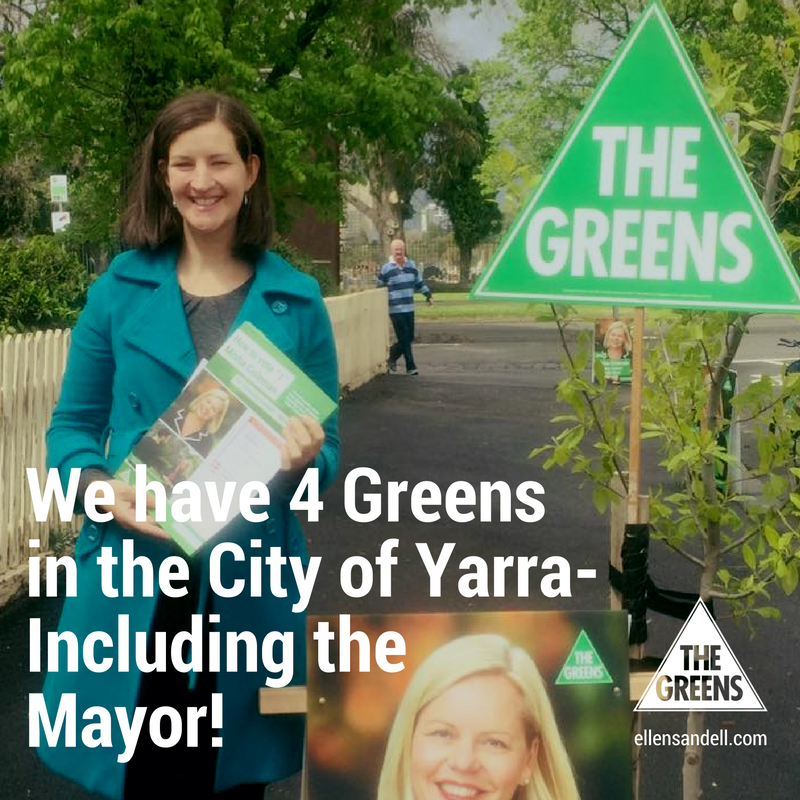 And if you think that’s all we did, think again!

Your support has been a huge part of an incredibly successful 2016.

I hope you're able to take a celebratory break this summer and recharge the (solar-powered) batteries. Have a great festive season – catch you in 2017!