Greens candidate for Melbourne Ellen Sandell has announced a push for improvements to public transport to provide a high-reliability, high frequency cross-town option for residents in Kensington, North Melbourne and Carlton and is calling on the Labor and Liberal party to get on board.
“Our tram and train network was built in a time when everyone worked in the CBD. It’s in desperate need of a revamp and the Greens are committed to delivering this. It's time for the old parties to get on board,” Ms Sandell said, talking today to commuters using the 402 bus in Kensington.
‘Every Melburnian I’ve spoken to has a story about battling to get across town. Our campaign office is just off Nicholson St, but the 6km journey into work from Kensington has taken up to seventy five minutes on occasions, which works out only a little bit faster than the average walking speed.’
As part of the Greens commitment to spend $50m rethinking Melbourne’s bus network, Ms Sandell will push to improve the 402 bus service to connect commuters from Footscray to Fitzroy across Melbourne’s inner north, running services further, more frequently and later into the evening.
Under Ms Sandell’s proposal, the 402 bus, which currently terminates around 9.30pm, would be extended along Victoria St to connect commuters with North Richmond Station and the under-serviced Abbotsford Convent hub until midnight. This extended East West public transport route is one of a series of improvements proposed by the Greens, including connecting tram lines on Victoria St to provide a better East West public transport option.
“Inner Melbourne needs a high-frequency cross-town public transport service to tackle congestion and free up commuters from the position they’re in now of having to travel into the CBD just to get short distances across town,” said Ms Sandell. ‘The Greens are the only party committed to the hard work of holistically improving our public transport network instead of three word slogans and $18 billion toll roads.’ 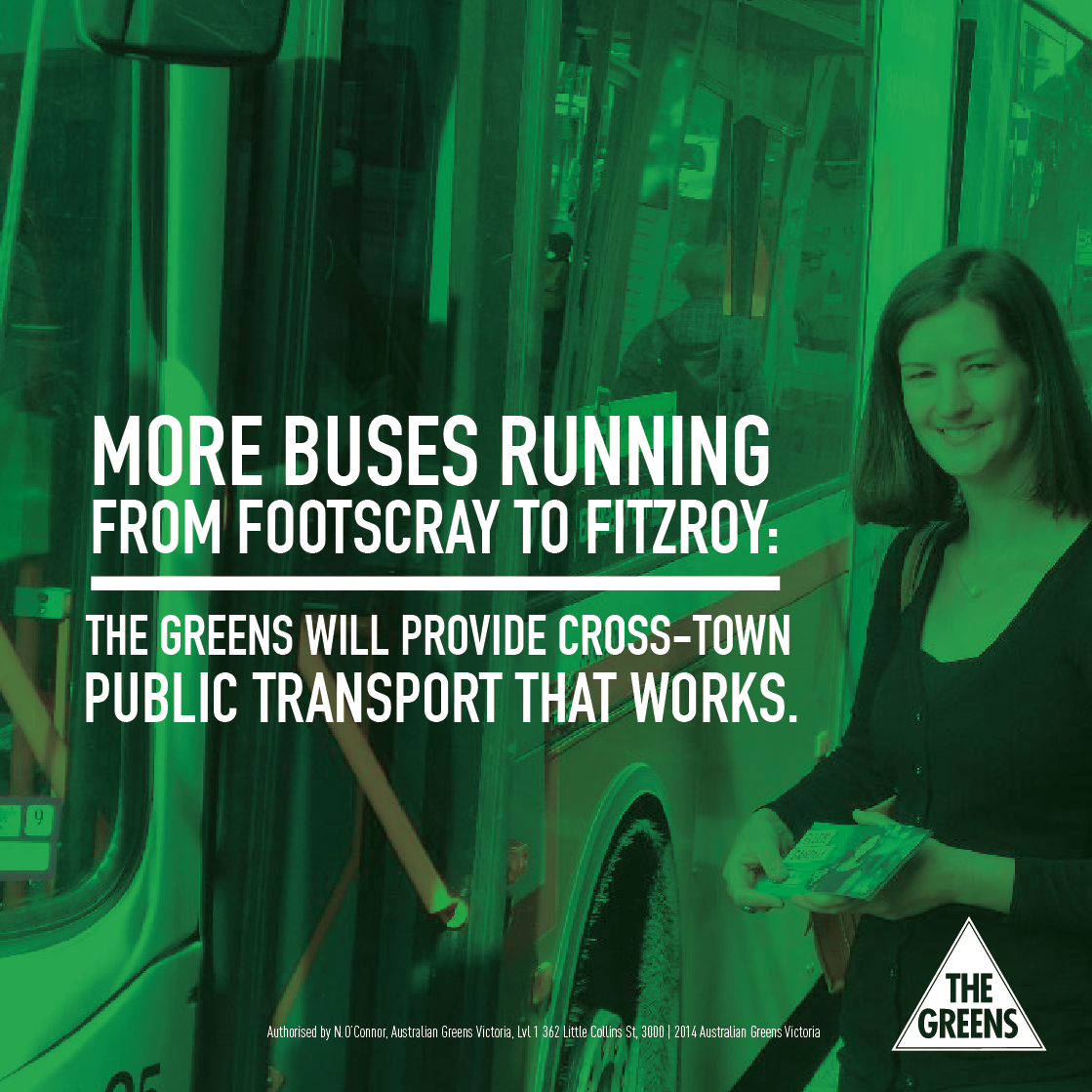