2018 Budget Has Victoria's Priorities Out of Whack

The Victorian Budget is more than just a bunch of numbers. It lets us know what the Government’s priorities are.

As Victorians, we are rightly proud of our community, our environment, our cities and towns.

But to maintain our standard of living while also caring for our environment and those who need extra support, we need a Government which uses our tax contributions wisely.

So how does this Andrews Labor Government stack up?

The bad news: Labor spends billions on new toll roads, millions to prop up the dying coal industry, and refuses to fix our crumbling public housing.

The good news: The Greens have negotiated increases in funding for our national parks, an upgrade to South Yarra station and $22 million for new cycling paths. 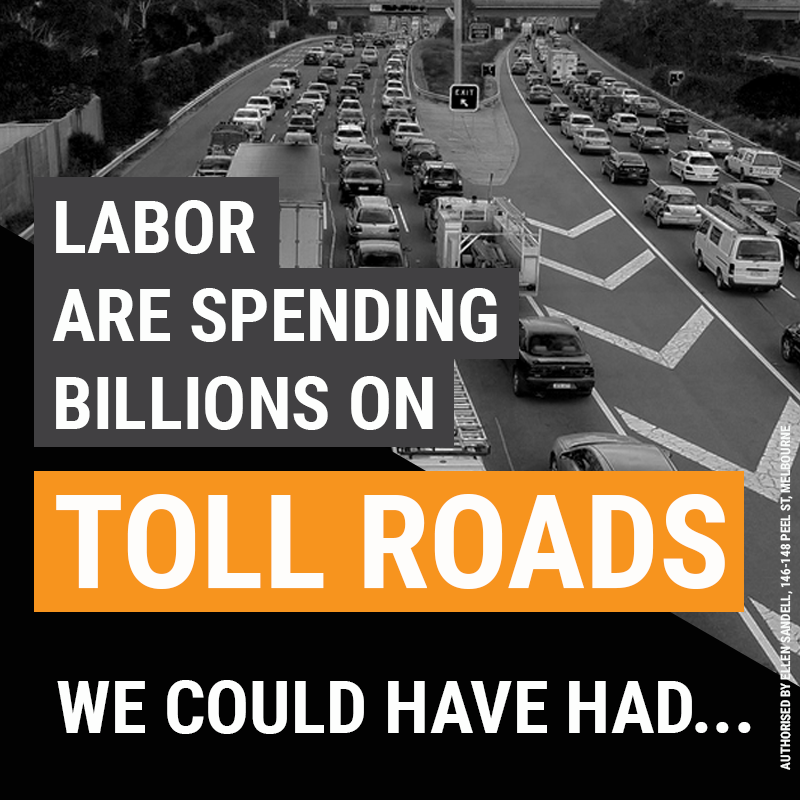 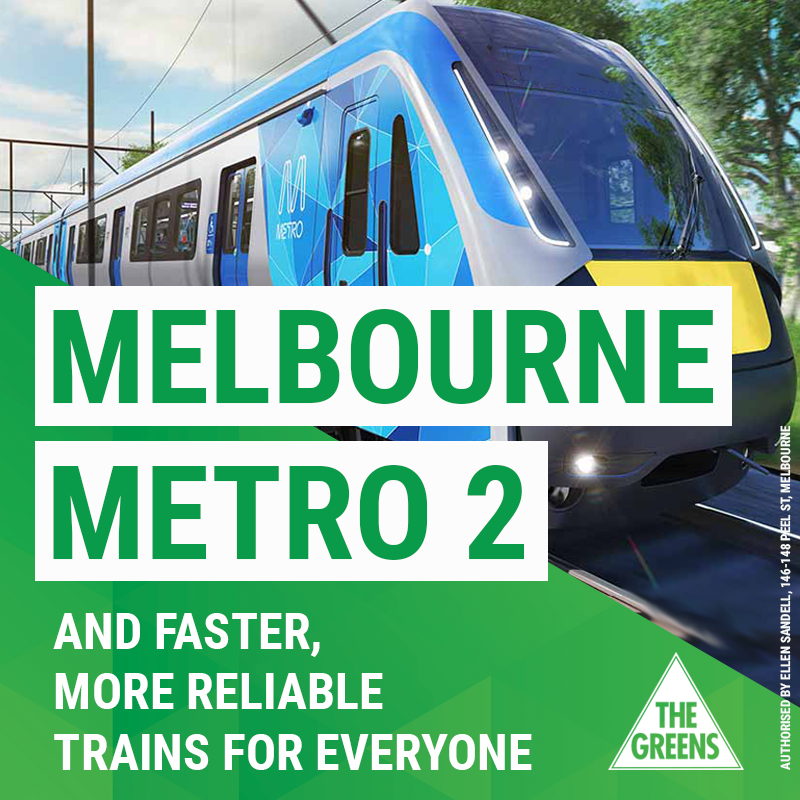 The Labor Government is spending billions on the West Gate and North East Link toll roads. No other smart, modern city is building new freeways directly into their CBD - it’s bad policy. It will flood our streets with traffic, create more pollution and stifle investment in public transport.

The Greens have a plan to improve our public transport system.

We’ve released stage 1 of our plan, which is extending the Melbourne Metro project to:

We also need to start planning for Melbourne Metro 2 now. 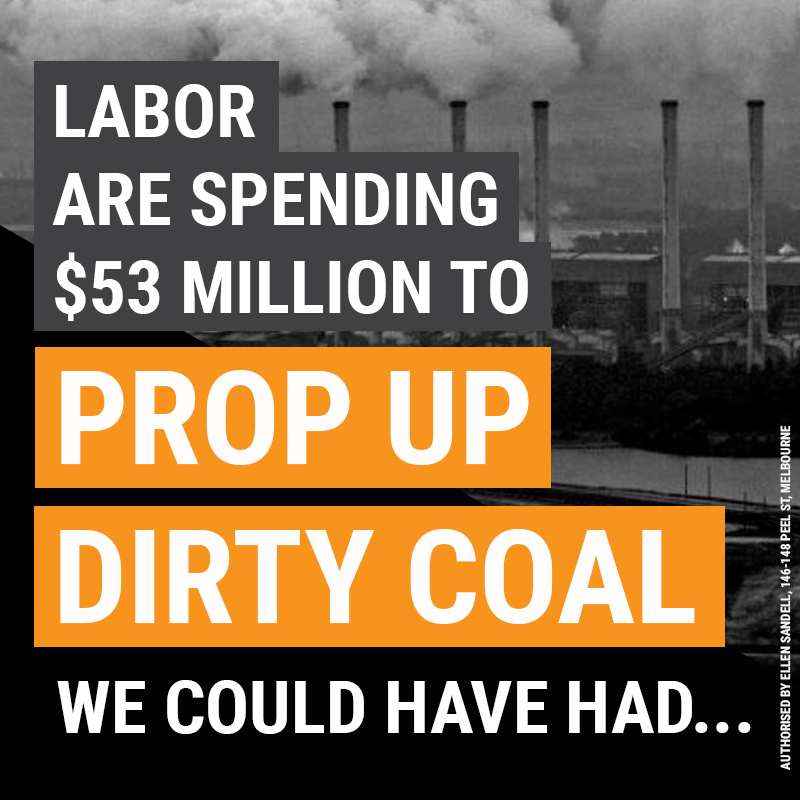 The Labor Government is sinking $53 million on a dodgy project which seeks to turn brown coal into hydrogen to export to Japan. We should not spend any more taxpayer money trying to extend the life of a dying, dirty brown coal industry!

Instead, we should invest in renewable energy and support for coal communities.

The Greens have a plan to:

We’ll release more detail on our plan in the coming months, but for now you can see more at Renew Australia.

The Labor Government are privatising public housing land and selling it to big developers. We should improve and build more public homes on a large scale, just like we did in the 1960s. Everyone deserves a safe, secure place they can call home.

Fortunately, there is some good news...

As part of our budget negotiations, the Greens have been able to secure some great wins. 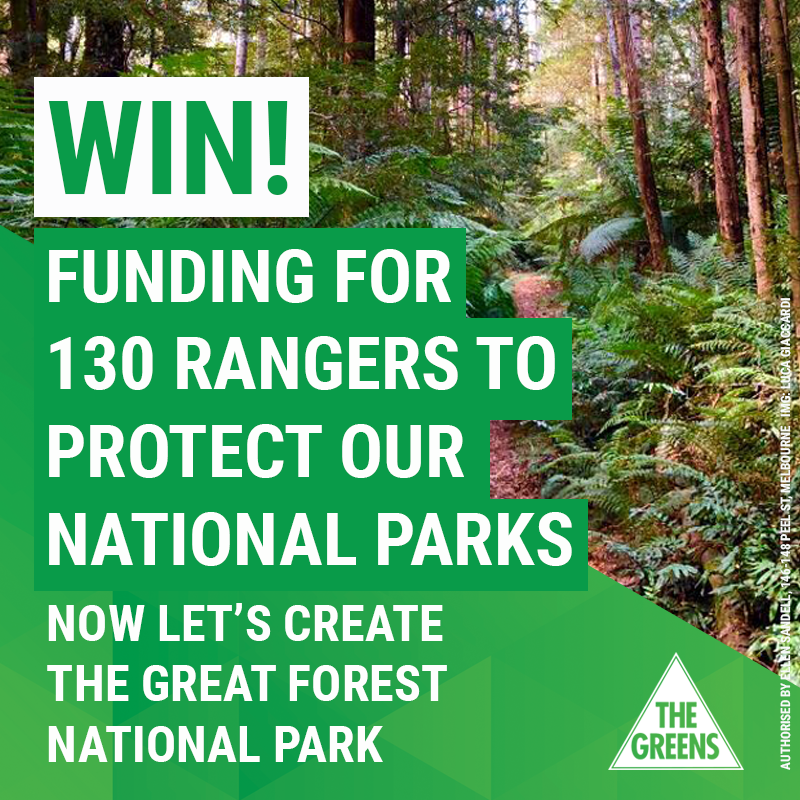 Our parks funding was slashed by the Liberals in 2014. With your support, we’ve restored funding for 130 park rangers to protect our national parks from invasive species and feral animals.

Aside from this parks funding, there's almost no new money at all for climate change or the environment, which is disgraceful. In the lead up to November, we'll be campaigning for climate action and the Great Forest National Park, to protect even more of our natural environment from logging and destruction. 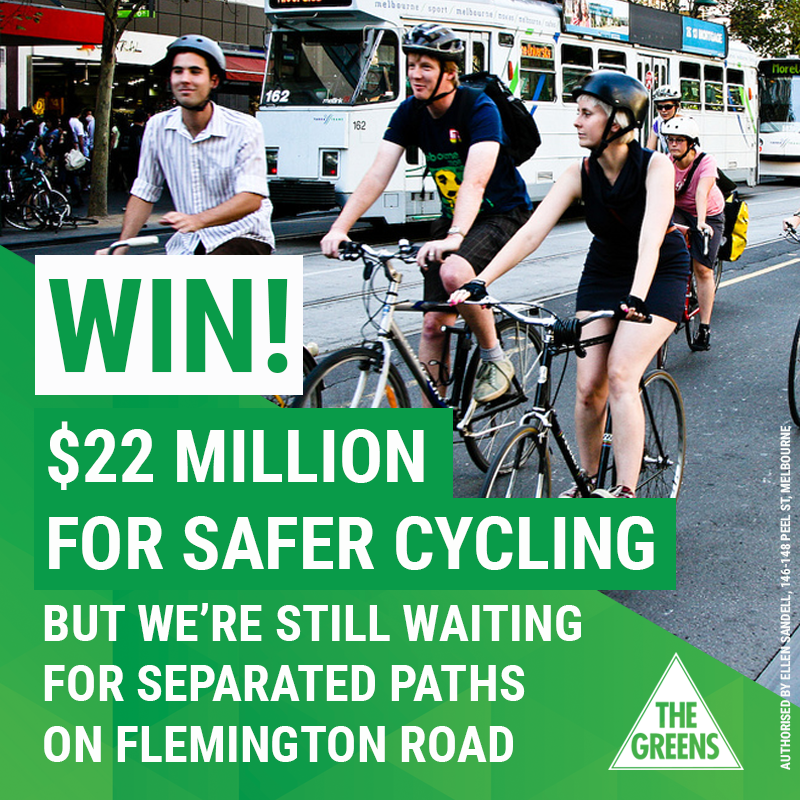 Better bike infrastructure means cyclists are safer on our streets, and more people will swap petrol for pedal power.

The Greens are leading the way on sustainable transport, and we’re glad to deliver $22 million to improve cycling across Melbourne. But we’re still waiting on separated bike paths for Flemington Road.

We’ve also had some great wins elsewhere, with

We asked for some really important projects for Melbourne that this Labor Government refused to fund. We’ll keep campaigning on these issues in the lead up to the November election.

Our local stations should be safe and accessible for all.

South Kensington Station is especially overdue for an upgrade - it’s dangerously narrow and the shelter is completely inadequate.

We need to do more to make sure that African Australian, and people from all backgrounds and faiths, have the opportunities in life we all deserve.

I’ll keep working with members of the African community to break down barriers to work.

Everyone should be able to get a great education in their own neighbourhood.

We secured funding to build a primary school in Docklands. It’s a big win for the community, but we still need a high school for our kids.

We will keep fighting for a caring society, clean energy and a fair economy for all. The Greens have a good chance of winning balance of power at the November election, but we can't get there without you. Join the Greens movement by donating here.