A visit to Morwell: the future after coal

Morwell is a small town in the Latrobe Valley, perched on the edge of the enormous Hazelwood coal mine. The town was hit hard by the 2014 Hazelwood mine fire, with an increase in deaths in Morwell and surrounding towns.

This community has been through a lot. But when I visited Morwell with Greens Leader Senator Richard di Natale, I was inspired by the commitment of this community to building a new future, post-coal.

The people we spoke to in Morwell are clear about three things:

The Greens are calling on the Victorian Labor Government to support a fully-funded, community-led transition plan and new jobs for the Latrobe Valley. 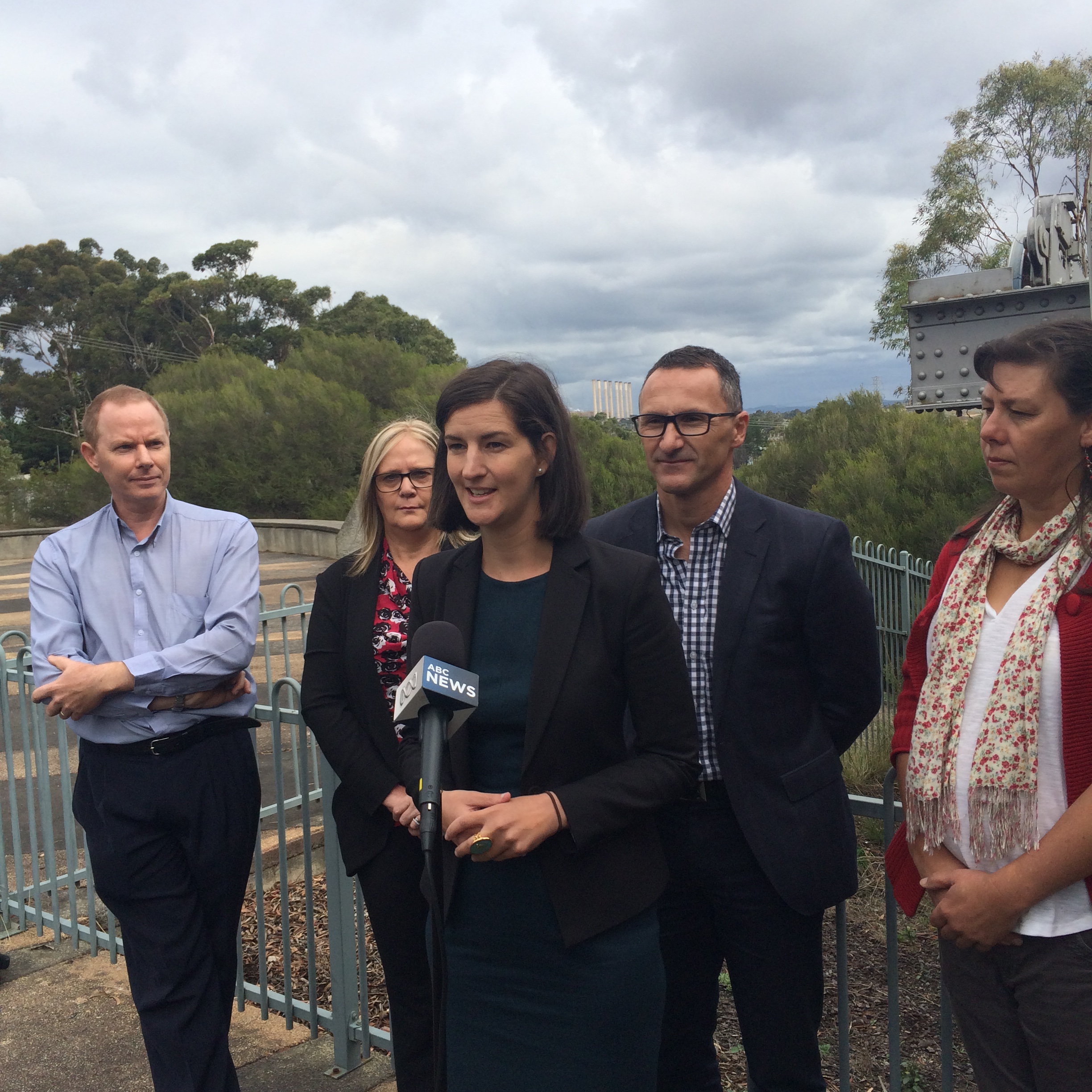 “The choice is… not whether [the coal-fired power stations] close or not, the choice is, do we do it in a planned way that supports communities and workers, or do we just leave those people on the scrap heap, which is what the Labor government seems to be doing” Ellen Sandell MP, ABC News24, 6/4/2016

We need to be developing and implementing a coal closure plan now. If we don’t, then coal companies are likely to leave with no warning, resulting in great social upheaval for the community. But if we plan, we can bring in the industries, training and reskilling that the Latrobe Valley desires.

The Greens have a plan to make sure nobody is left behind, including a new statutory authority that would be charged with overseeing the transition process, mine rehabilitation, investing in new industries and identifying training needs in the Latrobe Valley.

This authority would be similar to the Queensland Reconstruction Authority or the Geelong Authority, and include representatives from the local community, Council, State and Federal Governments. It would have special powers and funds to oversee the transition process.

The Greens last year announced RenewAustralia, a policy that maps out the way for Australia to be at least 90% clean energy by 2030. We are assuming there will be widespread electrification of cars and infrastructure, which means an increase in electricity use. However, that energy use will be twice as productive as it is now (twice as efficient).

Renewable energy is a jobs-rich industry, with more people already employed putting solar panels on roofs than in the entire coal mining industry.

Our plan includes a $250 million Clean Energy Transition Fund, much of which would be spent in the Latrobe Valley to create new jobs and opportunities.

To read more about our plan to support the Latrobe Valley through the transition to a clean economy, click here.

To read more about the Greens’ plan to Renew Australia, click here.