Today’s story on the front page of the Age [1] revealed the dire state of Melbourne’s tram fleet. With the ancient Z class trams now officially past their expiration date, and the Liberal government refusing to take the required action, under Napthine the tram crisis will get worse, not better.

Greens candidate for the State seat of Melbourne, Ellen Sandell, says “trams are at 99% capacity, and failing to meet the needs of Melbourne commuters. Some busy routes are operating at 150% capacity.

“Yarra Trams have announced  that 100 new trams are required to address this crisis. To date, Napthine has committed to only 50 new trams by 2020. To date, only 5 have been delivered and the Liberal government have snubbed opportunities for further investment.

“Melburnians are crying out for a solution to the worsening state of our public transport, but the government insists on building a road that no one wants, while leaving Melbourne’s public transport system in a decrepit state.”

In May the Greens announced that they would commit to order the additional 50 trams to fix overcrowding. Sandell says “If elected public transport would be a primary focus for me.  I would ensure that the additional 50 trams are bought to address this crisis. $18 billion is being spent on a road that nobody wants, and that money is being sucked out of public transport. $18 billion could buy over 1,100 trams, stretching from Werribee to Toorak. If elected I won’t let an environmentally and economically disastrous road cripple our public transport system.” 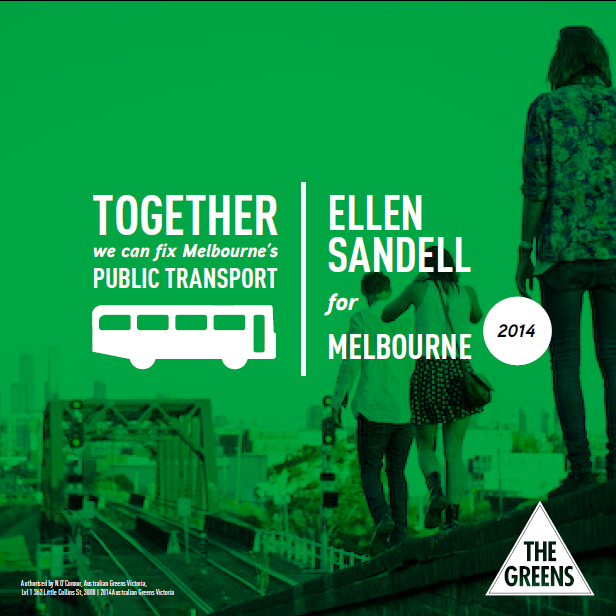