My First Speech in Parliament

I start by acknowledging and paying my respects to the elders of the Kulin nation.

I do this because long before this Parliament was built, the areas around this site were traditional Kulin meeting places. Sovereignty of this land was never ceded, and we still have much to do to right the wrongs that were done to Aboriginal people here in Victoria.

I am incredibly proud to stand here, together with my colleague Sam Hibbins, and be the first Greens MP in the lower house of Victorian Parliament.

I am especially proud to represent the people of Melbourne, because we share an incredible city.

Greens to amend Back to Work Bill

Today the Victorian Government agreed to accept the Greens' amendments to the Back to Work Bill.

The amendments will require regular reporting to make sure it didn't suffer the same fate as Commonwealth schemes which have failed to get people into work.

"Prior to the election last year, Daniel Andrews said he would never, ever do any deals with the Greens. However, the Labor Government have now accepted that the Greens have sensible ideas to improve legislation and increase Government transparency, and they have accepted the Greens amendments to make sure the results of the Back to Work bill are not kept secret."  said Greens MP for Melbourne Ellen Sandell.

"The Greens know unemployment is a real problem in Victoria, which is why we have made sure the Back to Work Bill will start as soon as the Government wants it to. Our amendments simply ensures the Government can't keep the results of the scheme secret. The public has a right to know how public money is being spent and to ensure the scheme is actually working at getting people jobs" said Ms Sandell.

"Unfortunately our other amendments, to ensure asylum seekers and refugees would be able to easily access this employment scheme, was voted down by both Labor and the Liberals, which casts doubt on whether they actually want to get all Victorians into work. We will keep working with the Government to ensure these groups don't miss out." said Ms Sandell.


UPDATE: My amendment to make the Back to Work Bill more transparent just passed in the Upper House.

The Government will now have to report to Parliament on whether the scheme is working and getting people jobs. This shows the power of Greens in Parliament.

Unfortunately however, today the Labor government voted against my amendment to include asylum seekers, refugees and their families in the Back to Work Bill.

This decision to exclude some of the most vulnerable people in our community from opportunities to enter the workforce is incredibly disappointing. We know asylum seekers and refugees want to work, and have the rights to do so, but have an unemployment rate much higher than the average. Today Labor has refused to explicitly assure us that they will receive the same incentives as other unemployed workers.
Fortunately, even though they voted against our amendments, there is still time for the Government to include asylum seekers and refugees in the eligibility criteria, which are currently secret but will be decided by the Treasurer.
We should see these in a month, and I will spend the new few weeks lobbying and negotiating with the Government to make sure asylum seekers and refugees are included. We will keep you posted on our progress.

Background on the Back to Work Bill

As one of its first acts of Parliament, the new Labor Government have proposed the Back to Work Bill. This Bill will provide payments to employers who employ retrenched and unemployed workers. It is important that the Government supports unemployed workers and retrenched workers - because we know long term unemployment is connected with poor physical and mental health, social isolation and poverty.

However, right now the Government are setting this Bill up for failure.

There are three problems with the Bill.

Firstly, this legislation is modelled on Commonwealth and NSW schemes that haven’t actually worked. It seems Labor is more interested in a publicity stunt, than creating policies that will actually work.

Secondly, the Bill gives the Minister an unlimited pool of money to spend as he pleases. The Parliament will not be able to approve the eligibility criteria or how much money is handed out -- and that’s unprecedented. For all we know, the eligibility could say “if you employ anyone called Ellen you get $10,000”. Yes, that’s far-fetched, but under this scheme, there is absolutely nothing preventing that from happening.

And thirdly, the scheme also looks like it will leave out asylum seekers who currently have rights to work, but no rights to Centrelink payments.

That’s why the Greens are making amendments to this Bill. We’re not interested in a publicity stunt - we’re serious about helping people get back on their feet and back into work.

During my campaign I met a young woman called Tabotu. Tabotu’s parents came to Australia as refugees from Ethiopia, and she lives in public housing in inner Melbourne. Tabotu has just completed a university degree in community services and indigenous studies. She has lots of volunteer experience and perfect English, but she’s finding it really tough to get a job.

She told me that when applying for a job, she sends out two resumes. One with her Ethiopian name, Tabotu, and one with a more common English  name ‘Tabitha’. Often, she only gets calls back for the resume with ‘Tabitha’ written on it.

This just shows that people from refugee backgrounds face systemic barriers to employment, and that’s why we need to make sure people like Tabotu are included in this scheme so they aren’t left in the unemployment line.

It’s clear to me that asylum seekers, refugees and their families have a high level of motivation and work ethic. They are motivated to use their  skills to contribute to the Australian community, to earn an income to support their family, and a strong desire not to rely on welfare and the support of charities. That’s why we will amend the legislation to including asylum seekers, and to make sure refugees don’t face a longer waiting period than retrenched workers.

Over the coming weeks we’ll find out whether the Government will support our amendments to include asylum seekers, refugees and their families in this scheme and make it a more rigorous, transparent initiative that actually works. I look forward to keeping you posted and continuing the fight for a fair society with all of you.

This afternoon Ellen and Adam met with local residents and AMSSA to discuss the Greens jobs and housing plans. 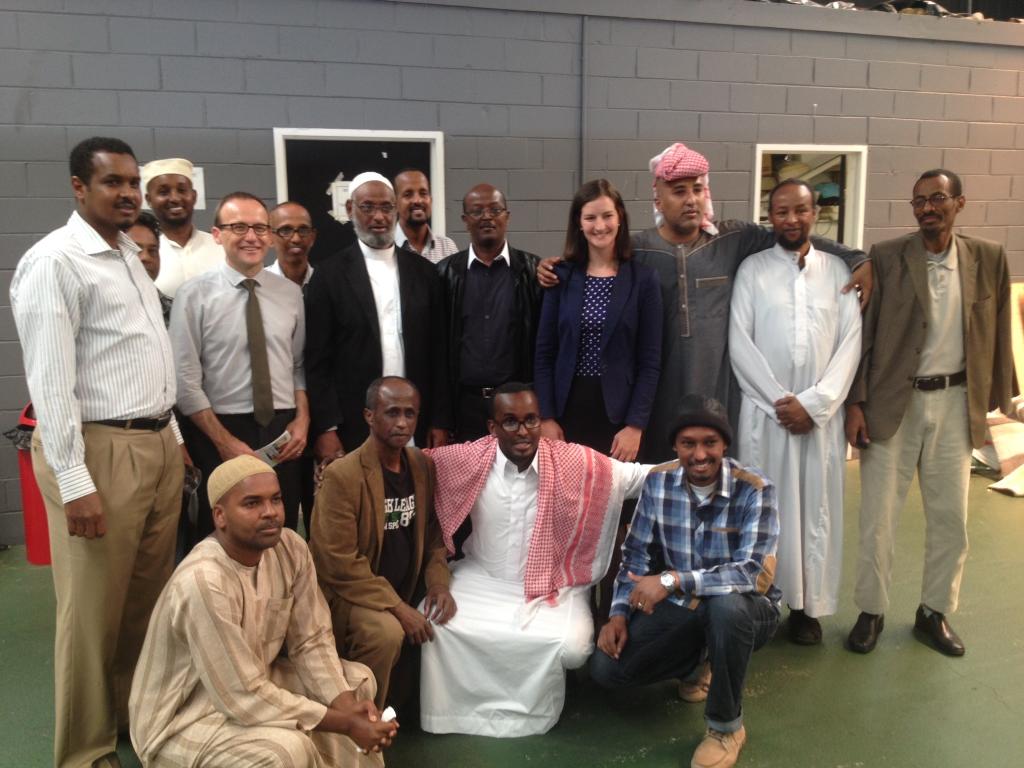 You can read more about our plans below.

Let's leave nothing in the tank!

We're in the final stretch before November 29th, just 15 days to go before the election. It goes without saying that this final stretch will be the most important in the entire campaign. It's easy to get fatigued on the campaign trail, but let's make sure there's nothing left in the tank!

To be honest, I never imagined I’d be running for Parliament.

Aged 18, I got a chance to go to one of the best universities in the country. I learned from some of the best scientists in the world. But I learned something pretty terrible: that we were facing the dire consequences of climate change, and the reality is, we’re the last generation who can solve the problem.