This morning Ellen Sandell, Greens candidate for the state seat of Melbourne and Colleen Hartland MLC, delivered petitions to the Victorian Attorney General Robert Clark demanding he cancel his plan to welcome the World Congress of Families to Victoria.

“These people want it to be illegal to be gay and don’t believe in a woman’s right to choose. These are not the values of Victorians, and they're not the opinions that we want our politicians to propagate. By headlining at this conference, the Attorney General is endorsing this hate speech. He must pull out of speaking at this event.”

Thousands of men and women have joined the campaign and spoken out, including women’s advocacy group Fair Agenda and parents advocacy group The Parenthood. This comes in the wake of two Liberal candidates being expelled for hateful and misogynistic comments. “It’s unacceptable that today, homophobia and discrimination are still rife in the Liberal party. Their policies show it, their candidates say and and their actions confirm it.” says Ellen Sandell, Greens candidate for the state seat of Melbourne.

"The actions of a number of Liberal candidates and MPs has made it clear that we need more progressive women in Parliament. These archaic views have no place in our political parties and we've had thousands of people sign our petitions in agreement." said Ms Sandell. 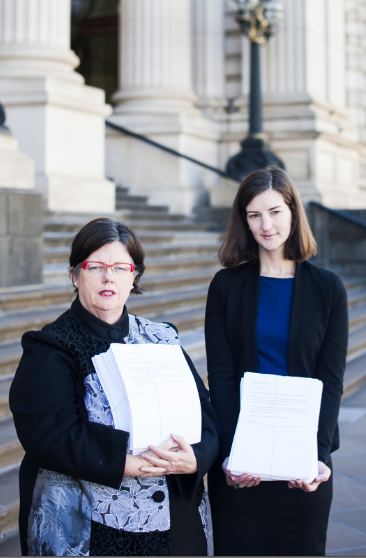