Ellen stands for a caring society, better public transport, a fair economy, action to protect our climate and environment and keep Melbourne liveable.

Here is a snapshot of my local and state-wide policies.

All of my policies are fully costed by the Parliamentary Budget Office, so you know how much they’ll cost and how I'll fund them.

We should all be able to access public transport that gets us where we need to go, when we need to be there.

I've successfully campaigned for the government to upgrade train signalling to improve our train network, buy more trams (and build them right here in Melbourne!) and investigate electric buses.

But we still have much more to do to fix our public transport system.

I have a plan to improve public transport and protect Melbourne’s liveability as our city grows.

We need to bring public transport back into public hands, so that it runs for the public good, not private profit.

Melbourne Metro 2 is a sustainable alternative to mega toll roads like the East-West toll road and the West Gate toll road. It will connect Fisherman’s Bend with Southern Cross and Flagstaff, Parkville, Fitzroy North, and Clifton Hill.

We also need to upgrade South Kensington Station and make more trains stop there. I will install high-capacity signalling on the Craigieburn line, so trains can run every 3 minutes at Kensington and Newmarket stations.

I also have costed plans to upgrade our most overcrowded tram routes and make them more accessible, and build a new east-west tram in the city’s inner north.

And I’ll build safer cycling and pedestrian infrastructure, and run more frequent and reliable buses including on route 402.

The East West toll road was a disastrous project that would have put more cars on the road, created pollution, and left us in debt for decades.

I joined with the community in a long campaign to stop this toll road, and together, we won!

But now the Labor Government is building the West Gate toll road, a huge new toll road from the Western suburbs into the CBD. The Liberals want to revive the East-West toll road, which could destroy Royal Park and our inner suburbs.

These disastrous toll roads would flood our city with thousands of cars each day, and contribute to congestion and pollution.

These toll roads won’t fix congestion, but they will deliver mega-profits to private toll company Transurban.

My alternative to toll roads will build better public transport, get trucks off local streets, and ease congestion with West Gate off-ramps for trucks.

Celebrating the end of the East West toll road with the local community.

Victoria needs a government that represents all of us, not just the big end of town. I have a plan that puts the public first.

Schools For Our Kids

All kids should be able to go to great public school in their local community.

Sadly, public education has fallen behind in Victoria. Victoria has the lowest funding rate for public schools of any state in Australia.

I’m proud to have worked with the community to secure $19.8m in funding for a new Docklands Primary School.

Now, I’m calling for a proper commitment to a new or expanded primary school in North Melbourne, and a new Docklands High School.

Victoria has the lowest level of funding for our public schools per capita. We need to bring Victoria’s funding up to the national average. We also need to fix the maintenance backlog across all our public schools within two years, including the hall at Kensington Primary.

I would also restore and properly fund TAFE as the leading provider of low cost, high quality vocational educational training in Victoria.

A Home for All

Everyone deserves a safe and secure home, but housing in Melbourne is becoming totally unaffordable and Labor is planning to sell-off public housing land in the inner-city.

I initiated an inquiry into public housing, which found that more than 80,000 Victorians are waiting for public housing home. But Labor’s plans to privatise public housing land across nine inner-city estates is a disaster.

All Victorians need access to quality, local healthcare. Funding should be allocated based on need, not politics.

Labor has cut funding for community mental health, which will be disastrous for many people in our community. We also need to invest more in preventative health, and better fund community health centres.

My plan also includes free ambulance cover for all Victorians, so everyone has access to life-saving care when they need it. 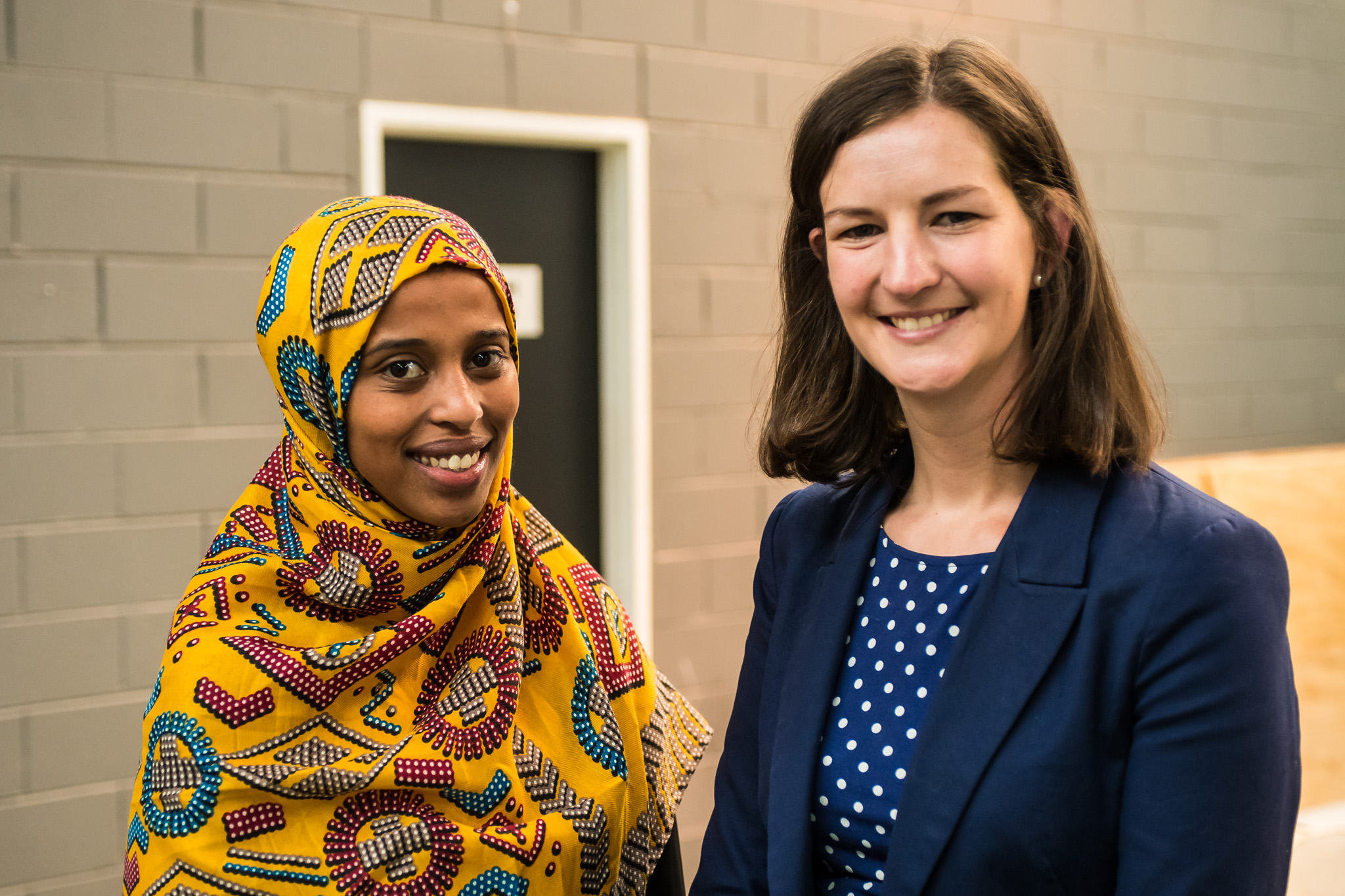 We need to protect our planet for the future. Everyone deserves affordable, clean and reliable energy that doesn’t pollute our air. We also need a healthy environment.

The energy market is broken. It’s dominated by a few big companies who are pushing prices up and holding back the transition to renewable energy.

Labor and the Liberals continue to let coal companies run our energy system and get away with ripping off Victorians with skyrocketing energy bills.

As the Spokesperson for Climate and Energy, I’m proud to have helped secure a Victorian Renewable Energy Target and more investment in renewable energy.

I have a plan to transition Victoria’s energy from coal to 100% renewables by 2030. We will also reverse the damage done by privatisation, by bringing our energy system back into public hands.

My plan is to:

My plan will deliver the clean energy future we need.

Earlier this year, Dan Andrews and Labor extended the licenses for two of Victoria’s most polluting coal plants, Yallourn and Loy Yang, until as late as 2048.

Coal is dangerous and toxic. It is destroying our climate and making people sick. We cannot afford another 30 years of toxic coal pollution.

Despite our huge community campaign, Labor left the retirement of the Hazelwood coal power station in the hands of a huge multinational corporation driven by profit.

Hazelwood’s unplanned closure abandoned the community, with no plan for the future.

I have a plan to transition out of all coal in Victoria by 2030, starting with replacing our most polluting power station, Yallourn.

My plan will create jobs and a clean future for all Victorians.

We’ll build $500 million of publicly-owned storage in the Latrobe Valley and support new offshore wind projects to bring new jobs and industries to the region.

Our stunning forests should be protected for all Victorians to enjoy and as habitat for endangered species. Instead, Labor continues to log these forests to make cheap paper. The old parties are pushing endangered species, like the Leadbeater’s Possum, to the brink of extinction.

I will continue to fight to end logging in native forests and create the Great Forest National Park and Emerald Link.

Our national parks protect habitat and water supplies, and allow Victorians and visitors to connect with nature. I will continue to campaign to restore funding to save our National Parks from neglect and corporate development.

The Liberals slashed National Parks funding in 2014 and Labor has the worst record on new National Park Creation in 60 years.

Our environment is under constant threat from pollution, unchecked development and climate destroying projects.

I will continue to work with local communities to stop projects like the monster gas ship proposed for Crib Point in Westernport Bay, fracking on our farmland and destructive gas exploration along our coasts.

I will also introduce a 10c refund on bottles and cans, and stop cruel practices like duck hunting, battery hens and sow stalls.

Around the world, jobs are booming in renewable energy and sustainability.

I have helped create and secure long-term manufacturing jobs by supporting investment in clean industries like building trams, trains and wind turbines here in Victoria.

Despite our huge community campaign, Labor left the retirement of the Hazelwood coal power station in the hands of a huge multinational corporation driven by profit, not the public good.

Hazelwood’s unplanned closure abandoned the community, with no plan for the future.

My planned transition will ensure this doesn’t happen again.

The Latrobe Valley has huge potential for new industries and jobs. The planned replacement of coal with renewables is just the beginning.

With the enormous energy network capacity already in the place, the Latrobe Valley is the perfect place to create a battery and storage test-bed for the world.

We need a plan for our future that puts the interests of people first to create thriving and sustainable communities.

Politics for the Public Good

Politicians should act in the public interest, not under the influence of corporations like property developers or gambling companies.

When Labor and Liberal governments sell or lease public assets and services such as our electricity network, public transport, the Land Titles Office and the Port of Melbourne, corporations make huge profits, but people are left with more expensive and less reliable services.

I will stop further privatisations and return control of vital public services like transport and energy back into public hands.

I will hold the government to account in putting the community and the public good first.

Planning for the People

For too long, big property developers have had too much influence over the planning of our city.

After a long campaign led by me, new donations rules have passed Parliament to ban big donations to political parties. Unfortunately, Labor still won’t ban donations from property developers or the gambling industry, and these rules don’t apply in Council elections.

I have a plan to put people first in planning.

I will transform planning to deliver more affordable and sustainable homes, create thriving neighbourhoods and give communities more certainty.

Victoria is a world-leader in medical research. Researchers have discovered new vaccines, drugs and treatments that are saving lives.

Sadly, Labor and the Liberals have let medical research funding slide, and we’re at risk of falling behind.

I’ll also create the Victorian Centre for Gender Equity in Science, to break down the barriers to women’s success in research.