The 135 year old Victorian-era showroom at 488 La Trobe St, the old Spinks Tinsmiths factory, is going to be demolished to make way for a 60 metre tower of "shoe-box" apartments.

Labor's Planning Minister, Richard Wynne, has refused for six months to step in and save this heritage building. But we've been campaigning hard, and more than a thousand people have signed our petition. 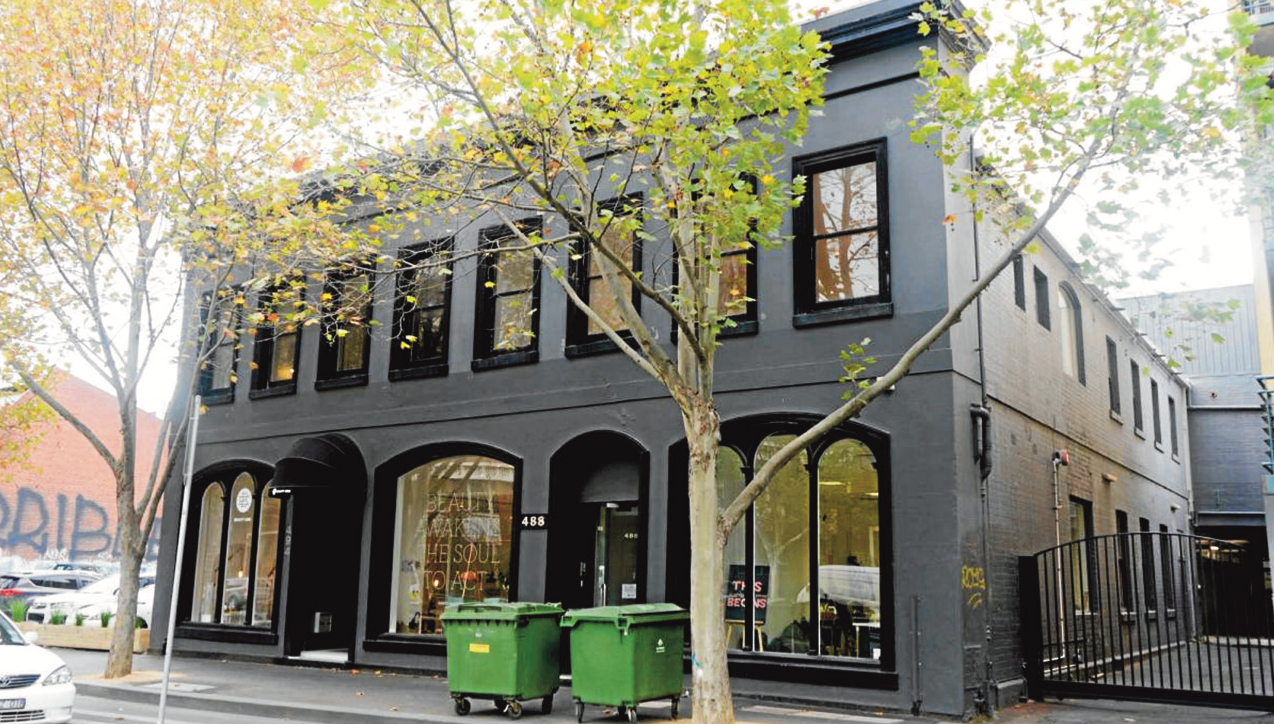 Here's a timeline of what we've been doing:

We couldn't wait to the next Parliament sitting, so I sent the next 500 signatures straight to Richard Wynne's office.

Richard Wynne's office officially responded to the community's repeated requests for a meeting, saying he is "unavailable". It appears our heritage is not important enough for half an hour of his time. His office referred the email to the Planning Group of the Department of Environment, Land, Water and Planning, and told us to wait "at least a few weeks" for a reply.

It seems they missed the memo: the Old Spinks Tinsmiths Factory could be demolished any day now!

Premier Daniel Andrews' office brushed off contact from local residents, referring them to his Minister for Planning, Richard Wynne.

I presented the first 700 signatures on our petition to Parliament for Richard Wynne's attention.

We put posters up in the area surrounding the building, but these were quickly torn down.

We found out that officers at the nearby Melbourne Assessment Prison were not aware of the proposed development, which would overlook the prison. I wrote to the Minister for Corrections, asking if she was aware of this issue and had input in the planning process.

Richard Wynne, still, refuses to meet with locals to even discuss the issue.

We hit 1000 signatures on our petition to protect 488 La Trobe Street, a fantastic effort and a real demonstration of community support. Richard Wynne's office was also being "inundated" (reportedly their words, not ours) by phone calls and emails.

I again asked Richard Wynne in Parliament to step in and save the Old Spinks Tinsmiths Factory at 488 La Trobe Street from demolition. Because people love Melbourne for our culture, and I do not want to lose what makes Melbourne, Melbourne. Here's the video. As of mid-December, I'm still waiting for a reply.

I posted a Facebook video live from 488 La Trobe Street, again calling on Richard Wynne to protect our heritage.

We found out that the Old Spinks Tinsmiths Factory could be demolished in days. Our community response was massive. Together, we dropped over 1500 leaflets to the West Melbourne community.

I spoke in Parliament, urging Labor's Minister for Planning Richard Wynne to protect the old Spinks Tinsmiths Factory from demolition. After all, we've already lost the Princess Mary Club, the Palace Theatre, and many other buildings due to government inaction.

With the formal VCAT process over, I set up a petition to protect 488 La Trobe Street on behalf of the local community. I also asked the Minister for Planning why he did not act on the request for interim heritage protection for 5 months. He took over two months to respond, against Parliament rules. You can see my question and the response here.

VCAT ruled in favor of the developer - "because the Minister for Planning has declined to apply interim heritage controls", there was no grounds to object to the development.

A planning permit, which included the demolition of the Old Spinks Tinsmiths Factory at 488 La Trobe Street, came before Melbourne City Council. Because Richard Wynne had not granted interim heritage protections, Council had no grounds to oppose the application.

Melbourne City Council, following a heritage review led by Greens Councillor and Heritage Portfolio holder Rohan Leppert, asked Labor's Planning Minister Richard Wynne to implement heritage protections for 488 La Trobe Street due to its local heritage significance. Multiple heritage studies over many years had already recommended it for protection. The Minister did nothing.

Please check your e-mail for a link to activate your account.
Tweets by ellensandell