We passed Dying with Dignity laws, a Victorian Renewable Energy Target, Lidia Thorpe was elected as the first Aboriginal woman to enter the Victorian Parliament, and I brought my baby daughter Ada into the world 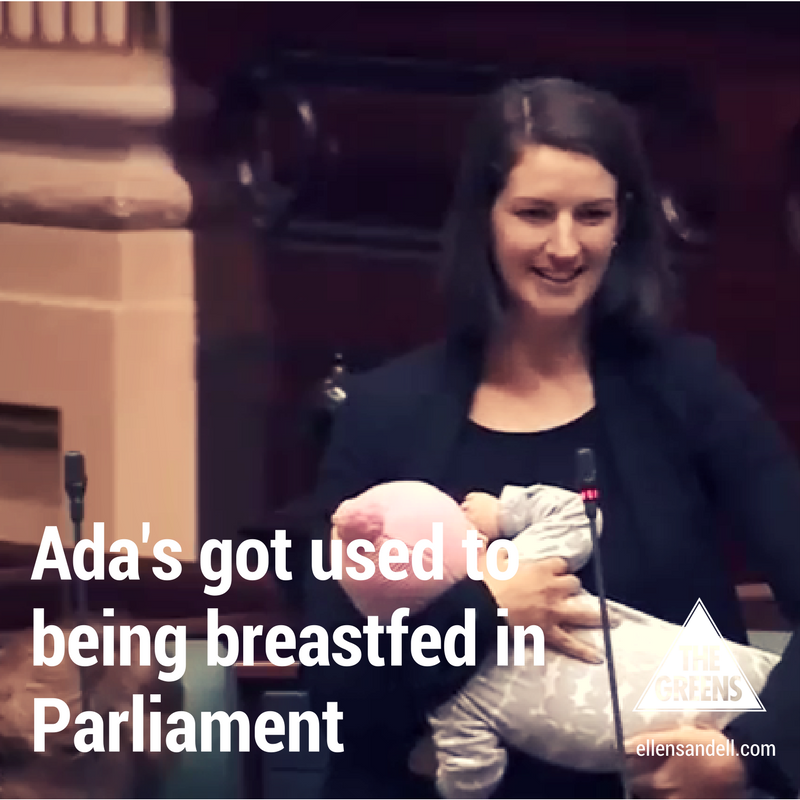 and yes, I’ve heard all the jokes about politicians acting like babies in the chamber ;) 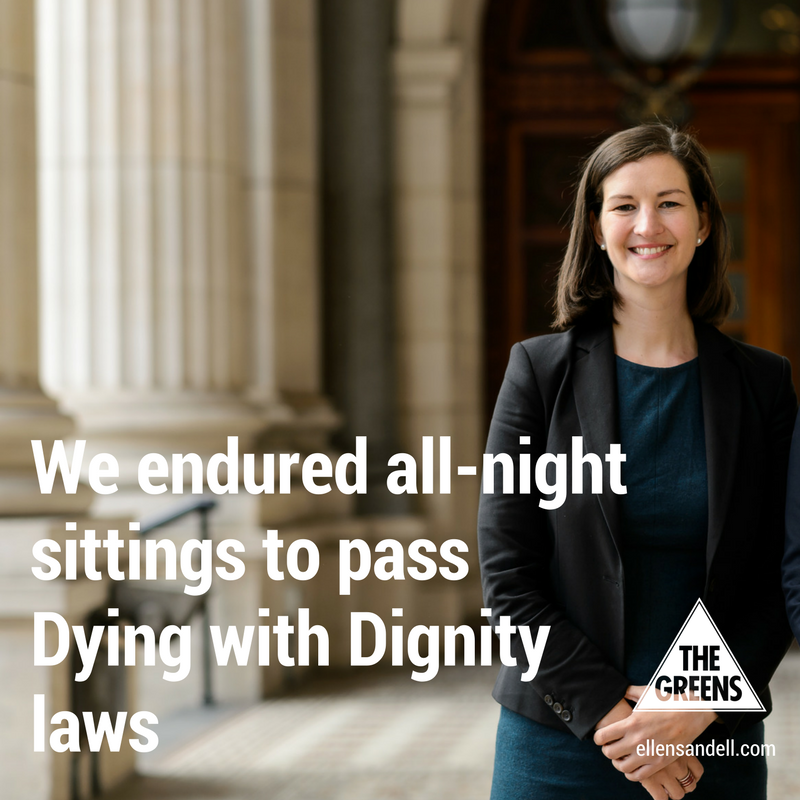 Finally, Victorians with a terminal illness will be able to choose to end their life at the time of their choosing, if they so wish. It was my absolute honour to vote for these historic laws. 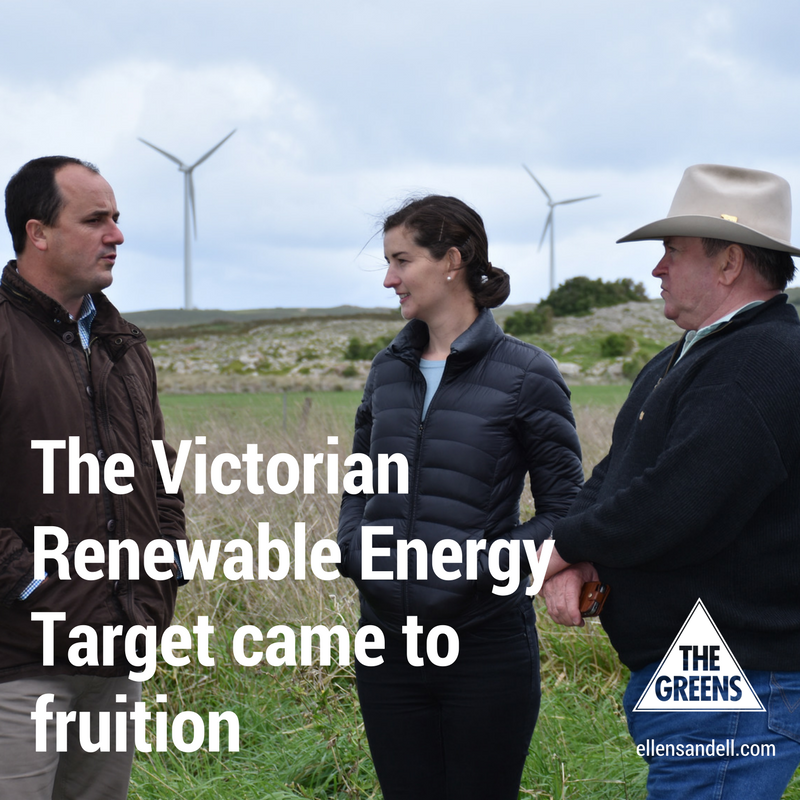 I took a Victorian Renewable Energy Target to the 2014 election and I’m so proud that it’s now become law! We’ll now see 40% renewable energy in Victoria by 2025, and we’ll keep pushing for more. 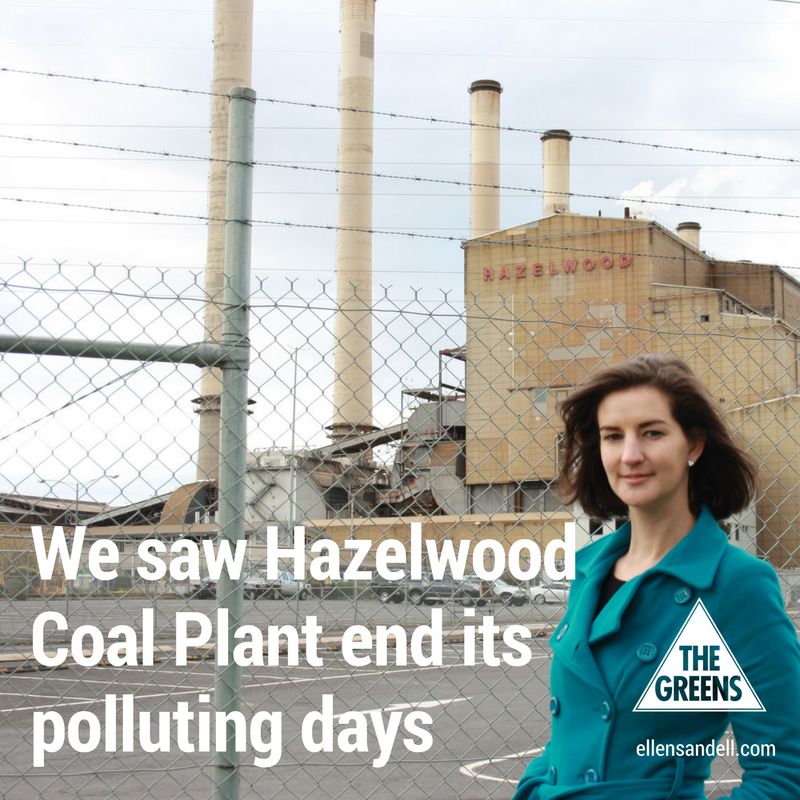 Australia’s dirtiest coal plant finally switched off in March. Unfortunately, the Labor Government did not put a plan in place to sufficiently support the community before Hazelwood announced its closure, and Labor has no plans to phase out other coal plants and protect workers.

Labor have declared they still want Victoria to be “open for business” for coal, but the Greens will keep fighting for renewable energy, to phase out polluting coal, and to protect workers through this transition. Sign the petition here for a future beyond coal. 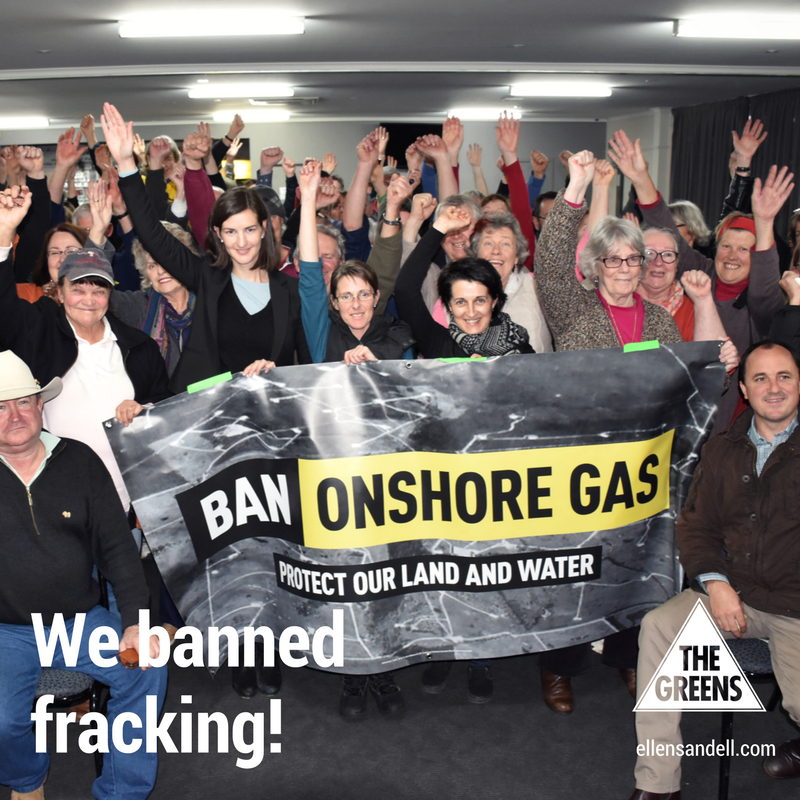 We finally passed a fracking ban after a long community campaign and fought off a last-minute bid from the Shooters Party to bring back onshore gas drilling. 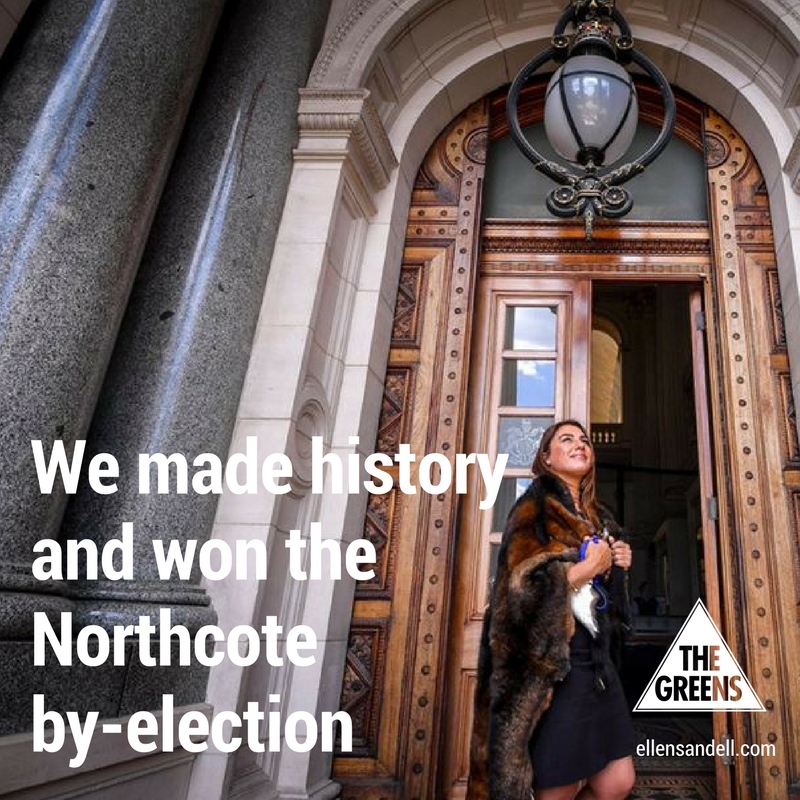 Lidia Thorpe became the first Aboriginal woman elected to the Victorian Parliament. I am beyond excited to have this strong, resilient community leader beside me in Parliament. 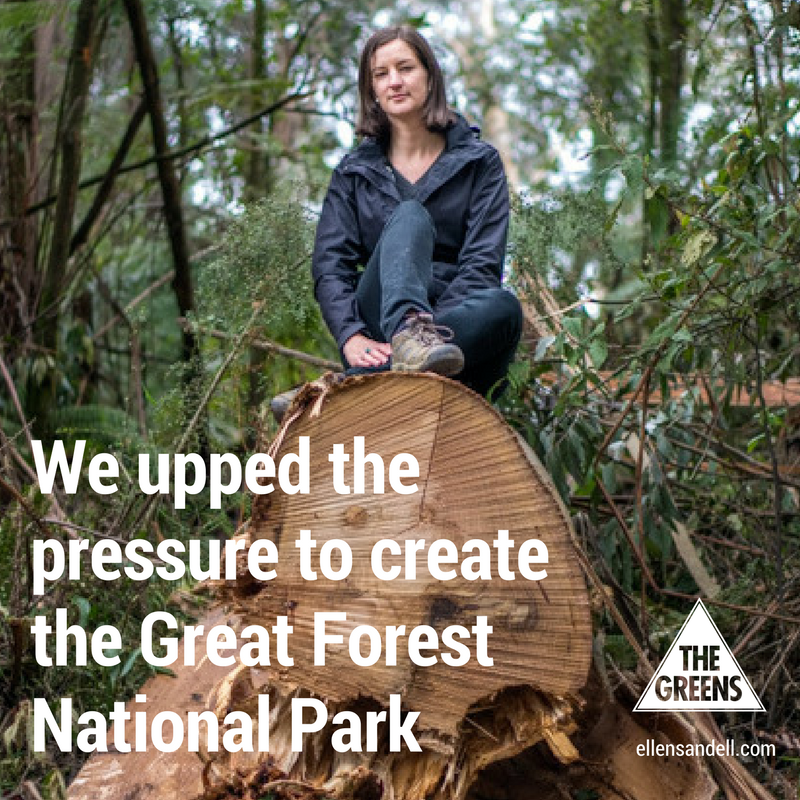 We campaigned hard all year to send a strong message to the Labor Government that we must stop logging and create the Great Forest National Park. But our work here isn’t done yet, not when 7 MCGs a day are still being logged and the Leadbeater’s possum is still critically endangered. 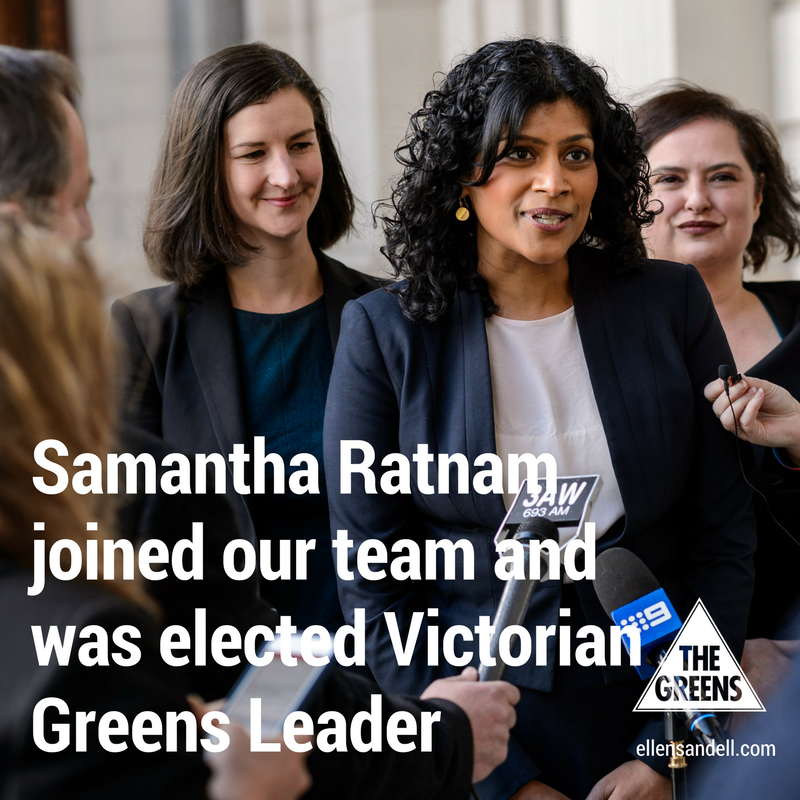 Sam brings enormous experience and will be a formidable leader for all of us. I’m so proud to have her as our leader! 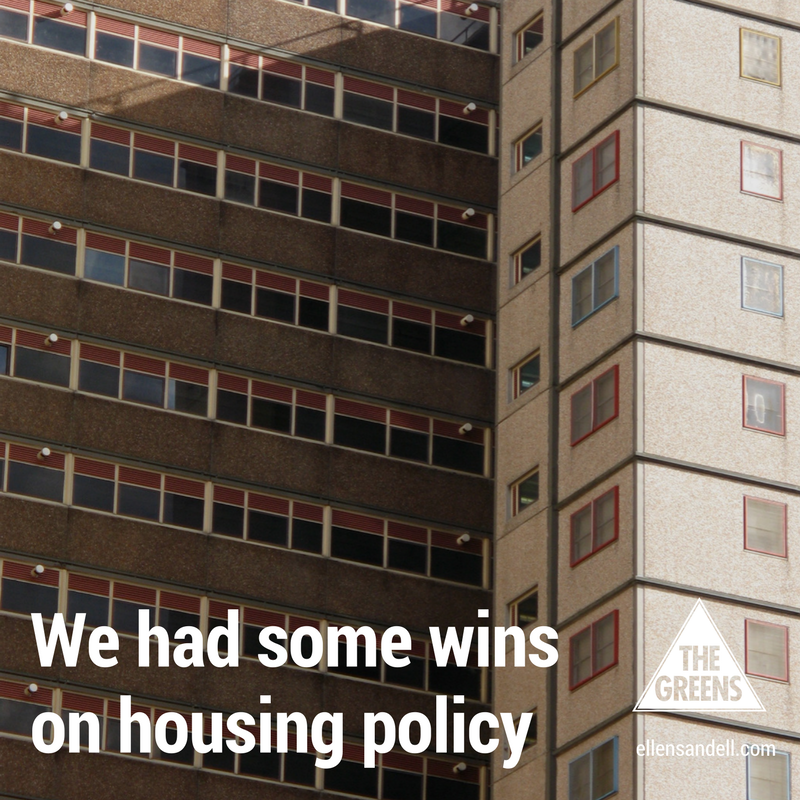 Including guaranteeing renters the right to own pets and make minor modifications to their home, and ending ‘no reason’ evictions.

But we still have a long way to go when it comes to housing - with Labor selling off public housing land in the inner city for private development, and refusing to support the Greens’ calls for rent control and minimum standards for energy efficiency in rental properties. 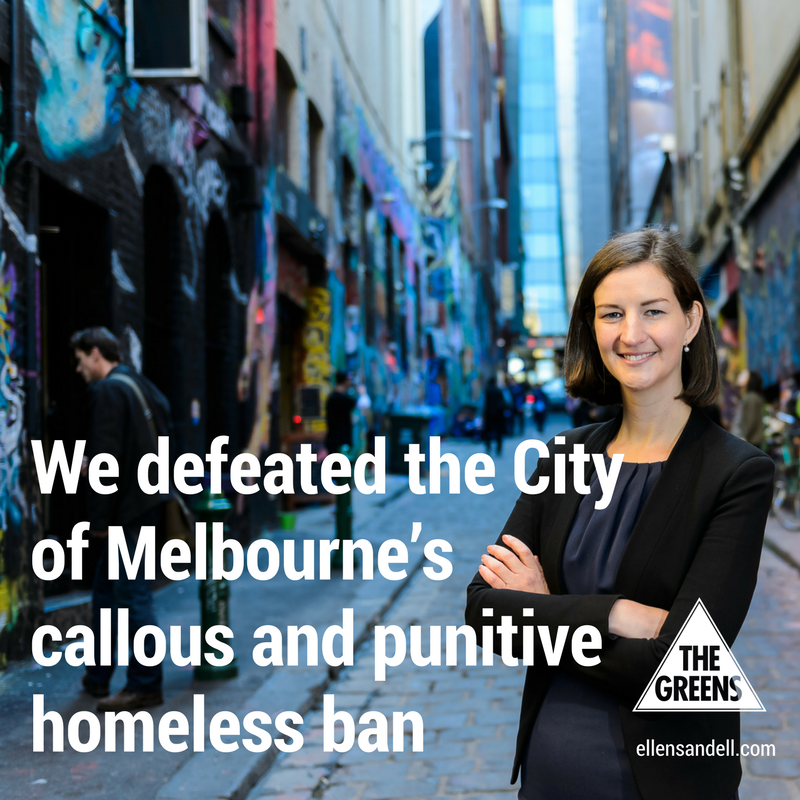 We also called for housing bought for the scrapped East-West Link to become social housing – and we won! 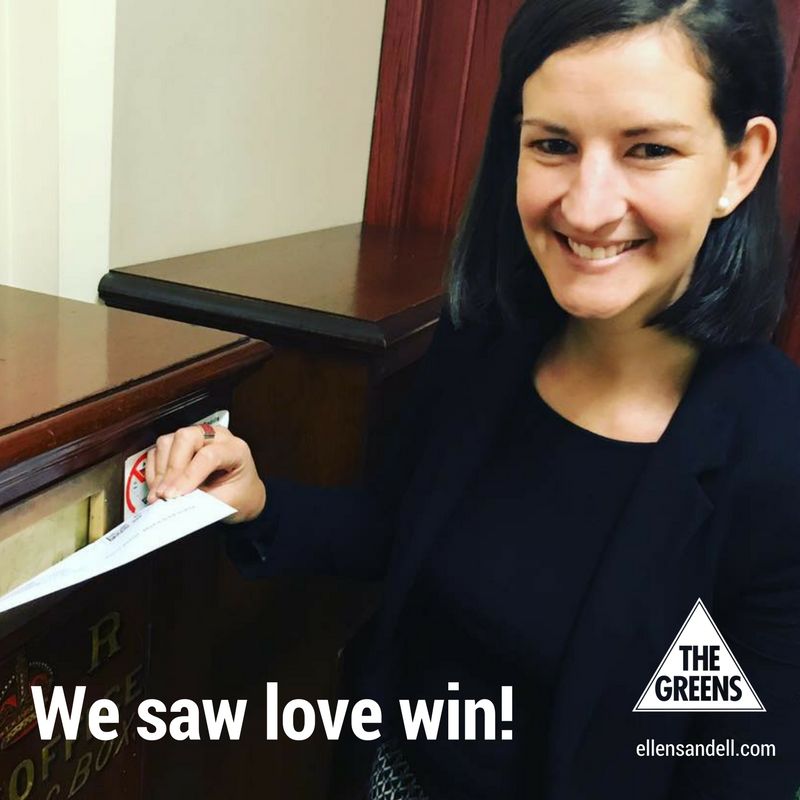 Congratulations to everyone who has campaigned for same-sex marriage for years - an amazing and important step forwards.

Of course, that’s not all we’ve done this year. We’ve also secured funds to improve safety on local roads, stood up against racism in our community, fought hard to retain local heritage, and reignited our trains not toll roads campaign to stop the Westgate Tunnel from flooding our streets with traffic and filling Transurban’s coffers.

Rest up team, it’s been a long year (and I for one could do with about a week’s worth of sleep if Ada will let me!) but our community working together has achieved some amazing results.

Next year is an election year, and we’re going to need a strong campaign to get more progressive outcomes here in Melbourne. But I’m ready, and I hope you are too.